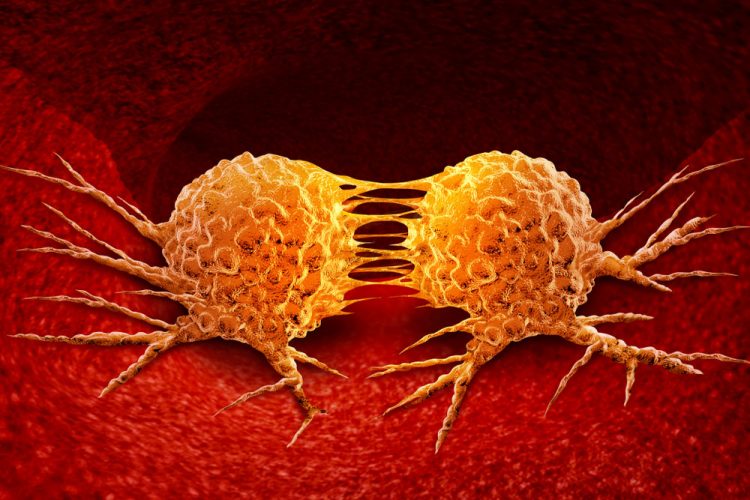 Cancer cells produce large numbers of exosomes, which contribute to tumour progression in many different ways. They can transfer cancer-causing oncogenes to neighbouring cells to increase their proliferation; they can contain proteins that reorganise the cancer cells’ surroundings and allow them to spread to other tissues, and they can contain signalling factors that disrupt the body’s ability to mount an immune response against the tumour.

A team led by Thomas F.J. Martin of the University of Wisconsin-Madison with Scott W. Messenger as the lead author found that calcium–which is often increased in cancer cells–stimulated the secretion of exosomes from aggressive breast cancer cells. Exosome release depended on a calcium-binding protein called Munc13-4; removing this protein, or replacing it with a mutant version unable to bind calcium, prevented breast cancer cells from releasing exosomes in response to calcium.

Munc13-4 levels are often elevated in human breast, pancreatic, and lung tumours. Martin and colleagues found that lung and pancreatic cancer cells increased their levels of Munc13-4 and released more exosomes as they became more aggressive.

Exosomes are formed inside large cellular organelles called multivesicular bodies. These organelles then fuse with the cell’s plasma membrane to release exosomes outside of the cell. Messenger et al. found that Munc13-4 works with another protein called Rab11 to promote the development of multivesicular bodies capable of fusing with the plasma membrane and releasing exosomes.

When Martin and colleagues depleted Munc13-4, they reduced the release of MT1-MMP-containing exosomes from breast cancer cells and inhibited the cells’ ability to degrade the extracellular matrix.

The study is published in the Journal of Cell Biology.