Researchers are developing an antibody-based approach to destroy deadly ovarian cancer — an approach that could also be modified to kill breast, prostate and other solid tumours… 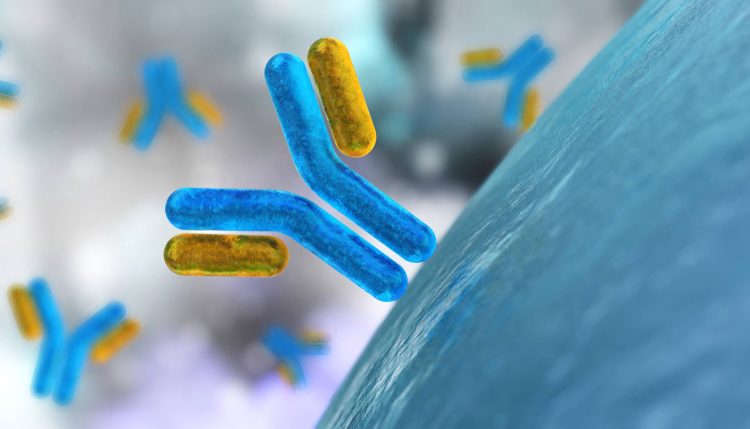 A University of Virginia School of Medicine researcher is developing a two-fisted, antibody-based approach to destroy deadly ovarian cancer — an approach he believes could also be modified to kill breast, prostate and other solid tumours.

The dual-pronged approach being developed by Dr Jogender Tushir-Singh aims to overcome obstacles that have undermined otherwise promising immune therapies for ovarian cancer, the deadliest gynaecological disease. If the approach proves successful, it may even rescue some failed therapies, allowing doctors to move them from the scrap heap to the clinic, where they could benefit patients.

“There are a lot of efforts in terms of cancer immune therapy, but the success of these are really limited in solid tumours,” said Dr Tushir-Singh, of UVA’s Department of Biochemistry and Molecular Genetics and the UVA Cancer Center. “I strongly believe, and with my own experience while working in the pharmaceutical industry, that this advancement will allow us to rescue and give a second lease on life to a lot of antibodies that have failed in the clinic. This is all based on a large amount of clinical data, and we have strategically exploited this information to improve the therapeutic efficacy against ovarian cancer.”

In developing his approach, Dr Tushir-Singh realised that a major problem with immune therapies for ovarian cancer is that the immune cells intended to kill the cancer cells cannot infiltrate the solid tumour bed effectively. “I found that one of the problems is with the solid tumour microenvironment,” he explained. “The microenvironment is highly hypoxic, anergic and, particularly in the case of ovarian cancer, some unusually large receptors form a protective fence around tumour cells, so even if the immune cells reach there, there are many obstacles.”

Dr Tushir-Singh decided to find a way to make the tumour environment more attractive despite the protective fence around it. So he engineered an antibody that he likens to a “two-headed arrow.” “The antibodies need to find a home,” he recalled thinking, “so let’s design one head to bind to a receptor that is highly expressed in ovarian tumours.”

But getting the antibody there wasn’t enough. Previous clinical trials had shown the need for antibodies that were more effective at killing ovarian cancer cells. So Dr Tushir-Singh sought to amplify his antibody’s cancer-killing power. The result: One head of the “arrow” strikes what is known as the “death receptor” on the cancer cells, telling them to die, while the other head strikes a receptor known as FOLR1, a well-established marker that suggests a poor prognosis among ovarian cancers.

Dr Tushir-Singh’s engineered antibodies are more than 100 times more effective at killing cancer cells than the antibodies that have made it to clinical trials, his lab work suggests. Further, his approach avoids toxicity issues that have plagued previous antibody therapies, he said. “Liver toxicity has been the biggest problem for a lot of antibodies – they are taken out of the blood too fast and accumulate where not needed,” he said. “But by providing a good home for the antibodies in a tumour, we are keeping these antibodies away from the liver.”

University of Virginia School of Medicine