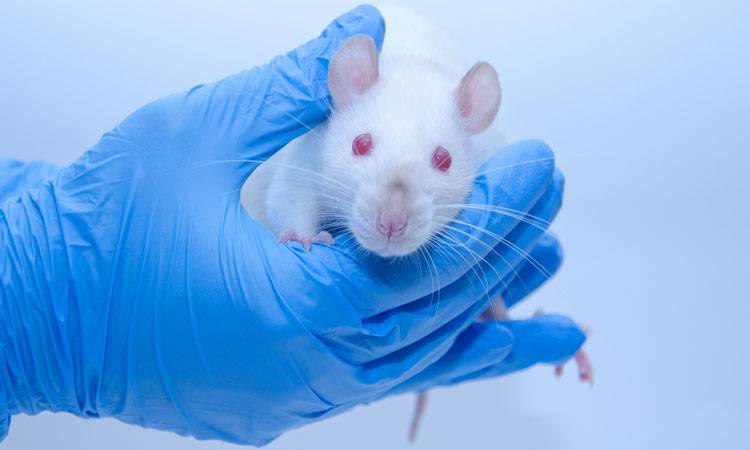 The peripheral nerves can be damaged by car accidents, sports injuries, or even too much typing and texting, leaving people with numbness, tingling and weakness in their hands, arms or legs. Recovery can take months, and doctors have little to offer to speed it along.

Now, researchers at Washington University School of Medicine in St. Louis and Northwestern University have developed an implantable, biodegradable device that delivers regular pulses of electricity to damaged peripheral nerves in rats, helping the animals regrow nerves in their legs and recover their nerve function and muscle strength more quickly. The size of a quarter, the device lasts about two weeks before being completely absorbed into the body.

For most people with peripheral nerve injuries, doctors suggest painkillers such as aspirin and physical therapy. Severe cases may require surgery, and standard practice is to administer some electrical stimulation to the injured nerves during the surgery to aid recovery.

“We know that electrical stimulation during surgery helps, but once the surgery is over, the window for intervening is closed,” said co-senior author Wilson “Zack” Ray, MD, an associate professor of neurosurgery, of biomedical engineering and of orthopedic surgery at Washington University. “With this device, we’ve shown that electrical stimulation given on a scheduled basis can further enhance nerve recovery.”

Unlike neurons in the brain and spinal cord, the peripheral nerves that run through the arms, legs and torso can regenerate after injury. Electrical stimulation triggers the release of growth-promoting proteins, boosting nerve cells’ natural abilities and helping them regrow faster and more completely.

But until now, doctors have lacked a means to continuously provide that added boost.

Co-senior author Dr John Rogers, of Northwestern, and colleagues designed and developed a device that wraps around an injured nerve and delivers electrical pulses for days before the device harmlessly degrades in the body. The device is powered wirelessly by a transmitter outside the body that acts much like a cell phone charging mat.

“These platforms represent the first examples of a ‘bioelectronic medicine’ – engineered systems that provide active, therapeutic function in a programmable, dosed format and then naturally disappear into the body, without a trace,” Rogers said. “In the case reported here, we built bioresorbable electronic devices that support unique function relevant to recovery from damage to a peripheral nerve, via electrical stimulation at select time points during the healing process.”

“Before we did this study, we weren’t sure that longer stimulation would make a difference, and now that we know it does we can start trying to find the ideal time frame to maximise recovery,” Ray said. “Had we delivered electrical stimulation for 12 days instead of six, would there have been more therapeutic benefit? Maybe. We’re looking into that now.”

By varying the composition and thickness of the materials in the device, Rogers and colleagues can control the precise number of days it lasts before disintegrating. They are working now on creating new versions that can provide electrical pulses for weeks before degrading.

“There really are no therapeutic options for some of these nerve injury patients,” Ray said. “This isn’t a therapeutic option yet either, as it hasn’t been tested in people. But I’m excited about it because it’s a new approach to treating peripheral nerve injury, and it might offer a solution where really there is none today in the clinical realm.”