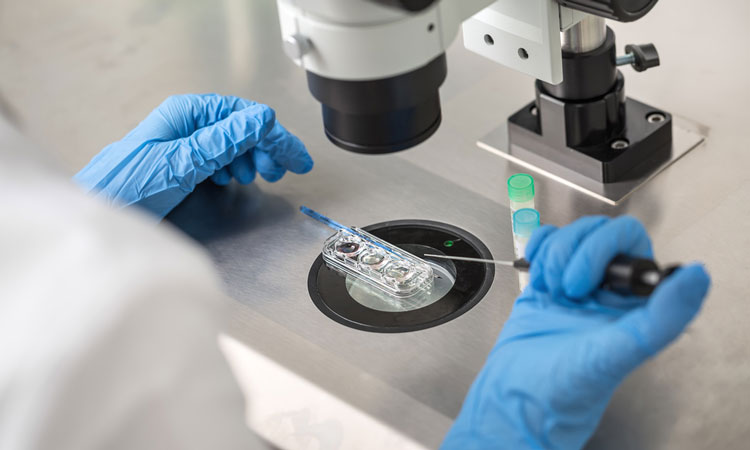 Researchers at INM – Leibniz Institute for New Materials, Saarbrücken, Germany, developed this technique in order to study proteins in their hydrated state. The team used a graphene liquid cell for the transmission of proteins during the microscopy, which resulted in an order of magnitude higher radiation tolerance of a sample of protein in comparison to amorphous ice.

Electron microscopy is one of the mainstream methods of analysing and investigating the structure of proteins. Traditionally, during this procedure the protein samples are fixed, then stained with a metal to enhance their contrast, subsequently dried, embedded in plastic, cut in thin sections, and then imaged in the vacuum environment required for electron microscopy.

The scientists used liquid-phase electron microscopy with unstained protein samples such as nanomaterials or cells in liquid, to image the structure of the protein. Until recently, it was debated whether this method would be better or worse than the method using amorphous ice.

In their recent publication, Dr Sercan Keskin and Dr Niels de Jonge from the INM-Leibniz Institute for New Materials demonstrated how the radiation tolerance was increased by an order of magnitude compared to a sample in ice. The microtubule sample was prepared in a graphene liquid cell, and the researchers mentioned that it was essential to use a low rate when the irradiation electron beam was applied.

The researchers mentioned how this method could potentially overcome limitations observed through other protein structure imaging methods.