The mysterious functions of the PCSK9 protein 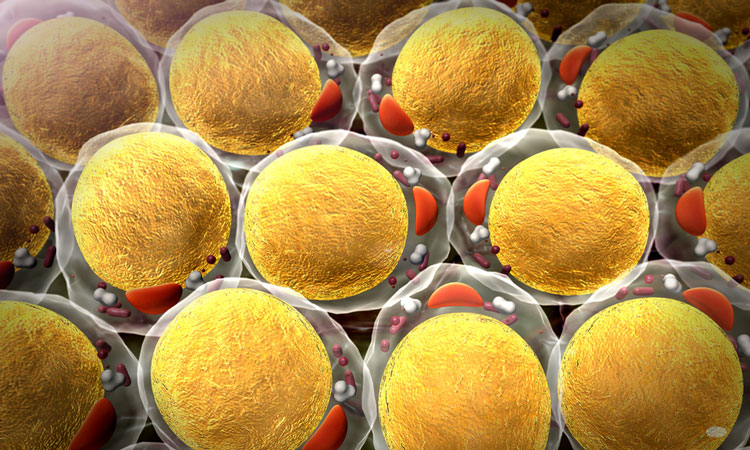 High levels of low-density lipoproteins, parcels of lipids and protein that carry cholesterol, are a leading risk factor for heart disease. Many cholesterol medications lower LDL, some of them by targeting the protein PCSK9.

Scientists at the University of California, San Francisco, report on an investigation into why experiments on PCSK9 give different results in a test tube and in liver cells. What they found may explain how a mutation in PCSK9 that has long puzzled scientists leads to heart disease.

Ordinarily, the LDL receptor on the surface of liver cells is responsible for suctioning low-density lipoprotein out of the blood. But after being torpedoed by PCSK9, LDL receptor is brought into the cells and broken down, making the liver less able to control LDL in the bloodstream.

“We have very effective and safe therapies at reducing PCSK9 function,” said Dr John Chorba, a cardiologist and researcher at UCSF. Perhaps you’ve heard of them: Praluent and Repatha are drugs that lower patients’ cholesterol by blocking the interaction between PCSK9 and the LDL receptor. “But they’re antibody-based approaches,” Dr Chorba said, “and are very expensive. Having a more thorough understanding of how PCSK9 works gives us new opportunities to develop drugs which could be more cost-effective.”

Dr Chorba, who splits his time between lab and clinic, worked with medical student Adri Galvan to better understand the biochemistry of the PCSK9/LDL receptor interaction. In a test tube, LDL particles block the interaction between the LDL receptor and PCSK9. This sounds like a good thing; the more LDL you have in circulation, the more you’d want the LDL receptor to work, and the less you would want PCSK9 to disrupt it.

However when they repeated the experiment in cells, the results showed that the relationship is a little more complicated. In cells, LDL does not seem to disrupt the interaction as effectively.

“That’s when we really started to ask, what else is going on with these cells?” Galvan said. “What else is PCSK9 interacting with?”

Dr Chorba said, “We thought there must be something (on the cells) that was attenuating that effect.”

Around the same time that Dr Chorba and Galvan were trying to determine what the mystery interactor might be, a Danish group at Aarhus University published its finding that heparan sulfate proteoglycans, extracellular proteins with a particular sugar chain attached, can help PCSK9 reach the LDL receptor.

The team confirmed that in cells from which that sugar chain had been cleaved, the LDL receptor/PCSK9 interaction on the surface of cells could be disrupted by LDL, similar to what happened in a test tube.

This led them to a clue about how a long-known but poorly understood mutant form of PCSK9 might work. It is called the S127R mutation, because it changes the 127th amino acid in PCSK9, serine, into arginine.

“S127R was the initial mutation discovered in PCSK9 as a cause of genetic familial hypercholesterolemia, but the way it worked has been unknown for years,” Dr Chorba explained.

S127R can be confusing because the change in its amino-acid sequence disrupts PCSK9 maturation. The expectation would be that the change to reduce total PCSK9, would reduce LDL, and that should be good for carriers of the gene. But instead, the mutant raises LDL cholesterol levels, putting patients at elevated risk of heart disease.

The duo found that while removing heparan sugar chains from cultured liver cells affected how the cells’ LDL receptors bound to wild-type PCSK9, it affected their interaction with the mutant even more. This suggested that S127R PCSK9 might be interacting more strongly with HSPG and offered a potential way for the mutant PCSK9 to interact more strongly with LDLR.

It remains to be seen whether this explanation holds up to further experimental scrutiny. If it does, then drugs that disrupt the PCSK9/heparin sulfate proteoglycan interaction, which a spinoff company from Aarhus University, called Draupnir Bio, is working to develop, could be especially effective for people with familial hypercholesterolemia who carry the S127 mutation.

The study was published in the Journal of Lipid Research.