Researchers have been able to grow perfect human blood vessels in the lab, and are now looking to conduct disease research for vascular diseases… 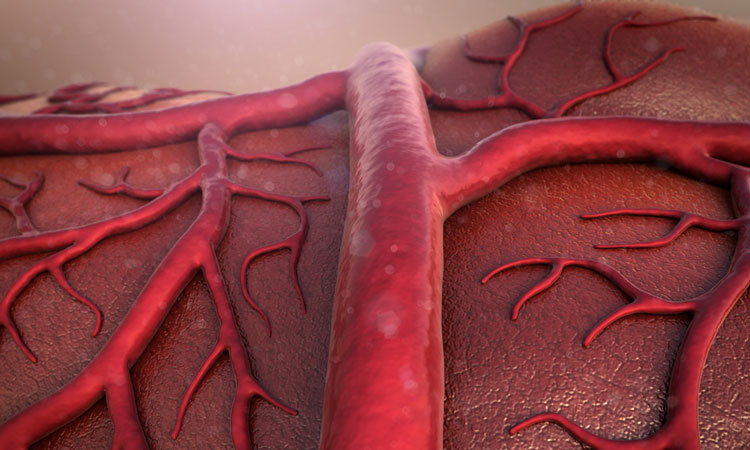 For the first time scientists have been able to grow perfect human blood vessels in a petri dish.

The developed technology could dramatically advance research into vascular diseases and conditions such as diabetes and peripheral artery disease.

“Being able to build human blood vessels as organoids from stem cells is a game changer,” said the study’s senior author Dr Josef Penninger, the Canada 150 Research Chair in Functional Genetics, Director of the Life Sciences Institute at UBC and founding director of the Institute for Molecular Biotechnology of the Austrian Academy of Sciences (IMBA).

Organoids are three-dimensional structures grown from stem cells that mimic actual organs. These could be used to study aspects of the organ in the lab.

“Every single organ in our body is linked with the circulatory system. This could potentially allow researchers to unravel the causes and treatments for a variety of vascular diseases, from Alzheimer’s disease, cardiovascular diseases, wound healing problems, stroke, cancer and, of course, diabetes,” said Dr Penninger.

Diabetes affects a huge number of people worldwide, with an estimated number being around 420 million. Symptoms arising from the condition are the result of changes in the blood vessels that result in impaired blood circulation and oxygen supply to tissues. As not much is known about the vascular changes arising from diabetes, Dr Penninger and his colleagues wanted to develop a three-dimensional human blood vessel grown in a petri dish.

These organoids can be grown in the lab, cultivated through the use of stem cells and mimic the structure and function of real blood vessels. When these were transplanted into mice, the researchers found that they developed into functional blood vessels, including arteries and capillaries.

“What is so exciting about our work is that we were successful in making real human blood vessels out of stem cells,” said Dr Reiner Wimmer, the study’s first author and a postdoctoral research fellow at IMBA. “Our organoids resemble human capillaries to a great extent, even on a molecular level, and we can now use them to study blood vessel diseases directly on human tissue.”

In people affected by diabetes, blood vessels show an abnormal thickening of the basement membrane. Because of this, the delivery of oxygen and nutrients to cells and tissues is strongly impaired, causing a multitude of health problems, such as kidney failure, heart attacks, strokes, blindness and peripheral artery disease, leading to amputations.

The research team exposed the lab-grown blood vessels to a ‘diabetic’ environment within a petri dish.

The team also found that non of the current anti-diabetic medications had any positive effects on these blood vessel defects. They also found that that an inhibitor of γ-secretase, prevented the thickening of the blood vessel walls, and suggested that this could be beneficial in treating diabetes.

Institute for Molecular Biotechnology of the Austrian Academy of Sciences (IMBA), UBC