Researchers in the US have discovered how a gene involved in regulating hormone receptors, GREB1, may contribute to drug resistance in some prostate cancer patients. 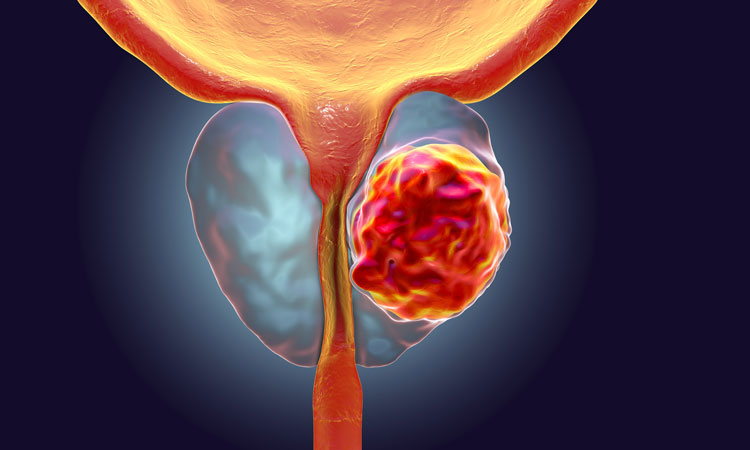 The scientists’ findings suggest that disrupting specific activity of the GREB1 gene could be explored for developing more effective therapies in future.

Androgens, a type of male hormone, encourage the growth of prostate cancer cells. Hormone therapies (or ‘antiandrogens’) have been developed to counter this activity. These treatments, which target a protein molecule activated by the hormone – the androgen receptor (AR) – are effective against advanced prostate cancer but are hindered by a type of drug resistance called castration-resistant prostate cancer (CRPC). The most common cause of this resistance is an increase in both the amount and activity of AR.

Previous work in this area has shown that increases or mutations in AR are present in over 50 percent of CRPC patients, and that increases in AR are associated with greater resistance to the next-generation AR inhibitors: abiraterone and enzalutamide.

Commenting on additional findings from their work, first author Eugine Lee, Research Fellow in Charles Sawyers’ lab at Memorial Sloan Kettering Cancer Center, US, said: ” studies have also revealed several differences in AR activity in prostate cancer. Notably, these differences occur in the absence of genetic alterations in AR, which are generally found only in CRPC. A possible explanation is that AR activity is encouraged by coactivators – other genes and proteins that help the function of AR – and we wanted to see if this is the case.”

Lee and her team first isolated prostate cancer cells with low versus high AR activity. They found that those with high AR output have reduced sensitivity to enzalutamide, in the absence of changes in AR protein expression.

They next identified three genes that were most active in cells with high AR output: GREB1, KLF8 and GHRHR. “Of these genes, we prioritised GREB1 for further investigation because it has higher expression levels in primary prostate tumours with high AR activity,” says Lee.

Their analysis showed that GREB1 increases AR activity through a novel two-part mechanism: first binding AR and promoting its activity by recruiting AR coactivators (enzymes such as EP300/CBP); and also improving the efficiency of AR binding to DNA, which further enhances AR activity. Importantly, the team found that inhibiting GREB1 converted cells with a high AR output to a low-output state, and thus improved the effectiveness of enzalutamide treatment.

“For now, further research is needed to understand the clinical implications of this work – particularly whether GREB1 levels in CRPC patients can be used to predict their response to next-generation AR therapy.”

This research was published in eLife.