A new method of assessing the actions of medicines by matching them to their unique protein receptors could accelerate drug development. 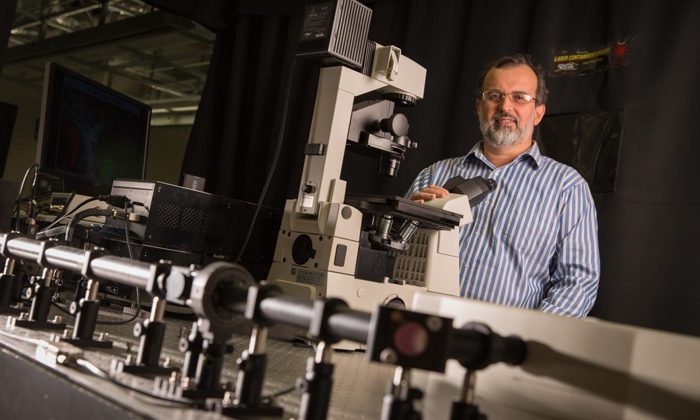 The method, developed by research teams from the University of Wisconsin-Milwaukee and the University of Glasgow, reduces the time and labour of finding the protein receptors “with the right response” to drug candidates by several orders of magnitude.

“Using this method, we can characterise how each receptor responds differently to various drug candidates,” said Valerica Raicu, UW-Milwaukee professor of physics and lead author on the paper.

The researchers’ method tracks oligomerisation, which occurs when a receptor exists as a single sub-unit, but then shifts to a multi-structure – an oligomer – in the presence of the ligand (drug compound), or vice versa.

“We used to think of these receptors as binary,” added Raicu. “They were either activated by the compound or not. But now we are beginning to understand that, depending on the ligand, the same receptor can produce many different responses.”

The researchers first tested the method using fused florescent proteins produced by UW-Milwaukee assistant professor Ionel Popa. Then they validated the method on a receptor for a growth factor where malfunction is often linked to cancer – the epidermal growth factor receptor (EGF). As anticipated, activation of the receptor resulted in the generation of larger oligomers.

The team then applied their method to a member of the G protein-coupled receptor (GPCR) family. The effect of the association between ligands and receptors was shown in a matter of hours, compared to months using current technologies.

The Raicu lab uses fluorescence-based imaging in order to see protein receptors in oligomeric states under various environmental conditions. Using single- or two-photon excitation microscopy, the researchers can produce a roadmap of the various kinds of protein receptor oligomers in the absence or presence of ligands (or drugs) that bind to them.

Researchers image protein-receptor molecules by attaching florescent tags. This way, single-molecule protein receptors give off light when they pass under a laser and are excited, and those bursts are recorded with a camera. Receptor oligomers give off a more intense burst of light and those are also photographed.

“Now you can graph the intensity and the number of bursts,” explained Raicu, “and see how many are associated into oligomers – how big they are – and where they are in the sample. After adding the ligand, you can see whether it promotes association of single molecules of receptor proteins into oligomers, or the breakdown of oligomers into the former.”

The study appears in the journal Nature Methods.