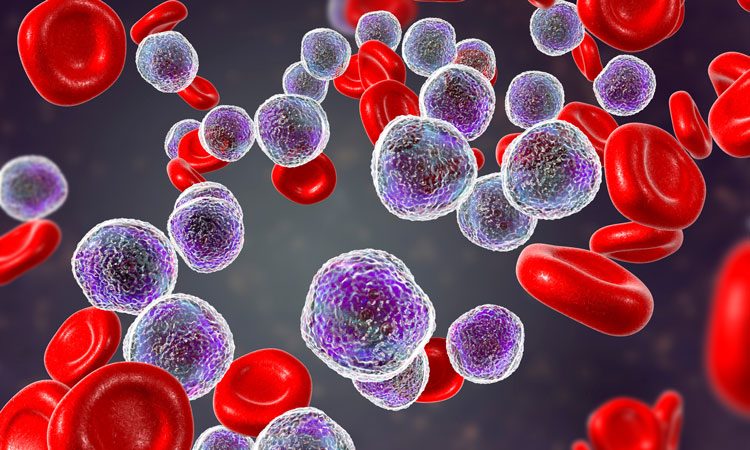 Researchers have developed a new combination treatment regimen that enhances the immune system’s ability to kill leukaemias that do not respond to standard treatments. The regimen includes a therapeutic antibody designed to draw natural killer immune cells to cancer cells, which attaches specifically to acute lymphoblastic cancer cells as early as 30 minutes after treatment and remains attached for two days, serving as a flag to attract natural killer immune cells.

The researchers were then able to maximise the antibody’s efficacy by adding a second, anti-tumour molecule to the regimen.

Researchers used mouse models with growing, drug-resistant cancer cells collected from human patients for the study. Then, they tested treatments over the course of disease progression – starting with the antibody alone.

“If we started to treat mice with the antibody early during disease development, leukaemia was almost eradicated by this treatment method; however, if treatment was administered late when the tumour had grown and established its own microenvironment, the antibody alone was less effective,” said Dr Reshmi Parameswaran, assistant professor at Case Western Reserve University School of Medicine.

Parameswaran’s team found unusually high levels of an inhibitory molecule called TGF-beta in the bloodstreams of the mice. Closer inspection revealed that the cancer cells were secreting TGF-beta directly, which accumulated over time in their microenvironments as a defense against natural killer cells. TGF-beta in the microenvironment inhibit the ability of natural killer cells to kill cancer cells by more than half.

“There was a clear negative effect of the tumour microenvironment on natural killer cell killing capacity,” Parameswaran continued. “So, we added a TGF-beta receptor inhibitor to our antibody treatment regimen.”

The researchers showed that the combination of these two treatments enhanced killing of acute lymphoblastic leukaemia cells, even if the disease was advanced. Antibody and TGF-beta receptor inhibitor treatment increased natural killer cell activity against cancer cells by up to 35 percent.

The combination treatment could represent a promising new regimen for late-stage acute lymphoblastic leukaemia, particularly benefitting adults who are unresponsive to existing options. Data from the new study suggests the antibody, which attaches to BAFF-R on cancer cells, could be more effective in older patients.

The study was published in Cancer Immunology Research.