Researchers have discovered that removing the enzyme, PHLPP1, improves outcomes in a mouse model of sepsis so could be a potential drug target. 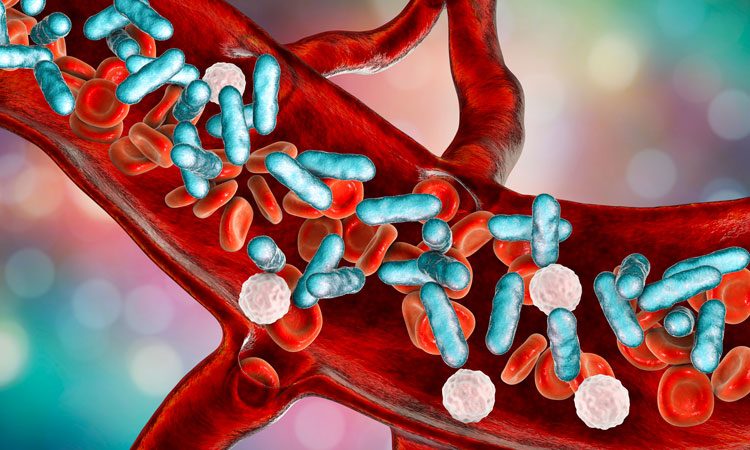 Researchers have found that deleting the enzyme, PHLPP1, improved outcomes in a mouse model of sepsis and also controls many cell behaviours by removing phosphates from other proteins. It also influences inflammation, which introduces the possibility that inhibiting PHLPP1 could form the basis for new sepsis treatments in humans.

The researchers from the University of California San Diego School of Medicine uncovered many immune cell genes that are influenced by PHLPP1. But PHLPP1’s particular influence on inflammation could be linked to the fact that it removes phosphates from a transcription factor called STAT1, which is known for controlling inflammatory genes.

“Most research on inflammation has typically focused on kinases, enzymes that add phosphate tags to other proteins,” said senior author Alexandra Newton, PhD, professor in the Department of Pharmacology at UC San Diego School of Medicine. “It’s exciting to have a completely new target for sepsis – the enzymes that remove them.”

In separate experiments, the team administered live E. coli bacteria and lipopolysaccharide (LPS), to both PHLPP1-deficient and normal mice and mice without PHLPP1 fared much better. While all normal mice died of the infection-induced sepsis after five days, half of the PHLPP1-deficient mice survived.

Now that they know PHLPP1 inhibitors might form the basis for new anti-sepsis drugs, the researchers hope to test these compounds on immune cells in the lab and in the mouse model of sepsis.

“Sepsis is the leading cause of death in intensive care units throughout the world, but unfortunately there is not a single approved drug treatment for sepsis,” added Victor Nizet, MD. “Discoveries like ours of fundamental signaling pathways that control immune cell behaviour during sepsis offer clues for controlling the dangerous inflammation of sepsis while preserving the critical bacterial killing properties of white blood cells.”