A study has discovered a molecule key in neuronal growth that could be used as a drug target to treat anxiety-related diseases.

A new study has found that a molecule, called neurotrophin-3, is key in stimulating the growth of neurons which promote a feeling of threat in primates. According to the researchers, their findings could lead to new therapeutic targets for early-life depression and anxiety-disorders.

“There are millions of people worldwide who suffer from debilitating anxiety and depressive disorders,” said Andrew Fox, an assistant professor in the UC Davis Department of Psychology and a researcher at the California National Primate Research Center. “These disorders are also some of the leading causes of disability and days lost to disability.” 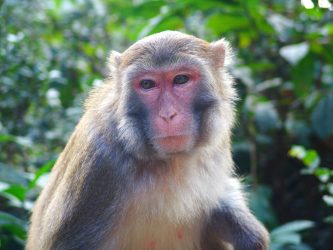 The research team conducted a study eight years ago in preadolescent rhesus macaques, where they observed molecular alterations in the dorsal amygdala, a brain region involved in emotional responses.

Building on their previous findings, the team sequenced RNA from the dorsal amygdala to identify molecules related to dispositional anxiety and emotional function. They were able to narrow their search and identify neurotrophin-3, a growth factor, for further study.

Using an altered virus, the researchers boosted levels of neurotrophin-3 in the dorsal amygdala of juvenile rhesus macaques. They discovered that the increase of this molecule led to a decrease in anxiety-related behaviours. Subsequent brain imaging studies of these animals found that neurotrophin-3 changed activity throughout the disturbed regions that contribute to anxiety.

The team has also released a list of other promising molecules that may warrant further investigation from other scientists.

“We’re only just beginning. Neurotrophin-3 is the first molecule that we’ve been able to show in a non-human primate to be causally related to anxiety. It’s one of potentially many molecules that could have this affect. There could be hundreds or even thousands more,” said Fox.

The findings were published in Biological Psychiatry.