A pharmaceutical target has been identified by Duke University that, when activated, can reverse bone degradation caused by osteoporosis. 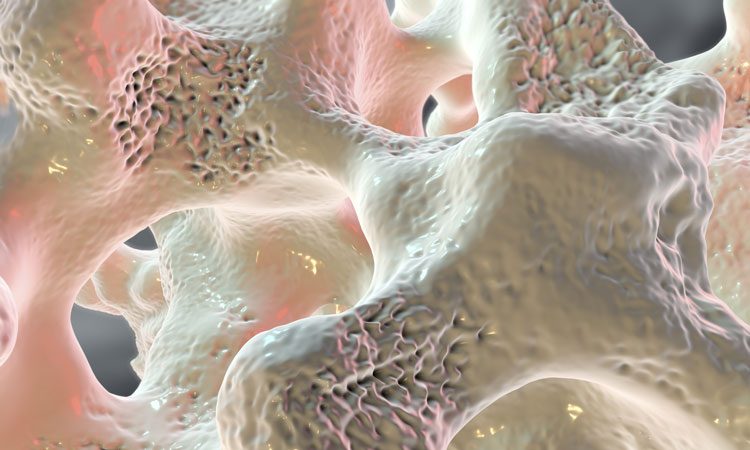 Researchers from Duke University have discovered a pharmaceutical target that, when activated, can reverse bone degradation caused by osteoporosis in mouse models of the disease.

In 2014, Shyni Varghese, professor of biomedical engineering, mechanical engineering and materials science, and orthopedics at Duke, was studying the role of popular biomedical devices made of calcium phosphate in promoting bone repair and regeneration. She discovered that the biochemical adenosine acting on the A2B receptor plays a large role in promoting bone growth. It stood to reason that a lack of the chemical might play a role in the development of osteoporosis.

Varghese and her research team consequently studied mice that had had their ovaries removed to mimic post-menopause osteoporosis. They looked at the expression levels of two enzymes that help to produce adenosine as well as the levels of adenosine traveling between cells.

As predicted, they discovered that the mice’s lack of oestrogen was causing all three to plummet.

The researchers then tested to see if increasing the levels of adenosine in the mice would help reverse the damaging effects of the disease. But rather than pumping in adenosine itself, they injected a non-hormonal small molecule that activates the A2B receptor.

“The mice that received the drug were completely cured,” said Varghese.

Their bones were just as healthy as the control group without osteoporosis.”

Adenosine is created naturally throughout the body and has many roles such as modulating neurons and regulating blood flow to various organs. Therefore, unfortunately, researchers cannot inject a high volume of it into the bloodstream to stop bone degradation without side effects.

But with the A2B receptor identified, Varghese and others can start looking for ways to deliver activators to bones without flooding other areas of the body. For example, one of Varghese’s students is beginning to study ways of tethering adenosine-like molecules to carriers that target bone tissue.

The findings were published online in the journal Science Advances.