A study has used CRISPR-Cas9 to treat obesity and type 2 diabetes symptoms in mice, highlighting the potential use in humans.

Researchers have developed a gene therapy that specifically reduces fat tissue and reverses obesity-related metabolic disease in obese mice. The team say that their results can be used as a potential treatment for type 2 diabetes and other obesity-related conditions including stroke, heart diseases and cancer.

Using a CRISPR-Cas9 gene editing technique, a single guide RNA was targeted to white adipocytes with a tissue-specific fusion peptide.

Demonstrating that this delivery method performed well in cells, the researchers tested their therapy on obese mice. The models were fed a diet high in fat, leading to obesity and insulin resistance. 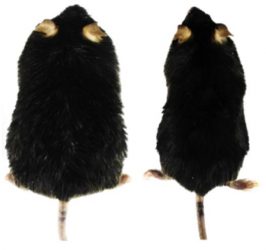 Fabp4 repression resulted in a 20 percent reduction of body weight and improved insulin resistance and inflammation after just six weeks of treatment. Additional systemic improvements were observed, including a reduction in fatty lipid deposition in the liver and reduced circulating triglycerides.

The team say that while this therapy displays promising results in mice, further studies are required before it can be used in clinical treatment against human disease.

Importantly, this work highlights the advances in precision gene editing technology, which can be translated to other types of therapies.

The results were published in Genome Research.

One response to “Researchers reverse obesity in mice using CRISPR-Cas9”