Researchers have mapped a previously uncharted region of the human genome which could lead to tests for certain conditions in the future. 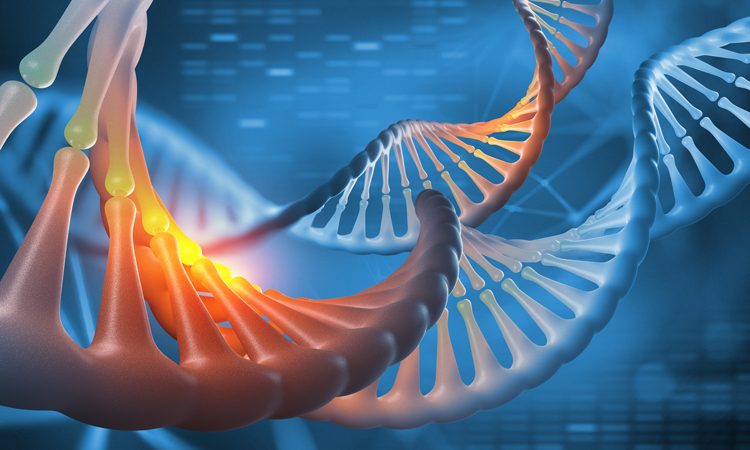 Researchers have mapped a previously uncharted region of the human genome that gives rise to a variety of disease, setting the stage to potentially test for conditions in the future.

Conducted by scientists at CU Anschutz led by Tamim Shaikh, PhD, the University of California San Francisco (UCSF) led by Pui-Yan Kwok MD, PhD and KU Leuven in Belgium led by Joris Vermeesch, PhD, the research changes the view of many that the human genome was fully mapped in 2001 with the completion of the Human Genome Project.

The researchers focused on a region on Chromosome 22, known as 22q11. There were numerous gaps in the sequence of this chromosome due to unmappable genetic sequences known as low copy repeats or LCRs.

LCRs are a significant source of genetic instability and can break chromosomes. The loss of DNA in 22q11 leads to the 22q11 deletion syndrome resulting in symptoms which may include intellectual disability, dysmorphic features, heart defects, seizures, autism spectrum disorders and schizophrenia.

Using two state-of-the-art genome mapping technologies known as fiber FISH and Bionano optical mapping, the researchers were able to see long DNA molecules and discover an unprecedented and extreme level of variability between individuals and populations. These differences can be hundreds of thousands to over two million base pairs of DNA.

“The large differences between people cannot be assessed without the mapping technologies deployed in this study,” said Dr Pui-Yan Kwok, Henry Bachrach Distinguished Professor at UCSF, a collaborator of Dr Shaikh who co-authored the paper.

“Our approach brings clarity to the organisation of the highly complex region studied.”

“You are mapping these chromosomal fragments back to the genome to see what is different,” Shaikh said. “We looked at over 150 apparently healthy people. We found the region in question was drastically different in each person.”

Some people carried far less and some far more DNA in this part of the genome. Children with the 22q11 deletion syndrome and their parents were also tested to determine if their 22q11 LCRs were different.

“Now we can start asking questions like: ‘Is someone with more or less DNA more disposed to have a child with disease?'” Shaikh asked. “If so, then it might be possible to genetically test parents before they have children.”

The study was published in the journal Genome Research.