A new study has shown a new mechanism of controlling fat production in the body which could lead to new therapies to treat obesity. 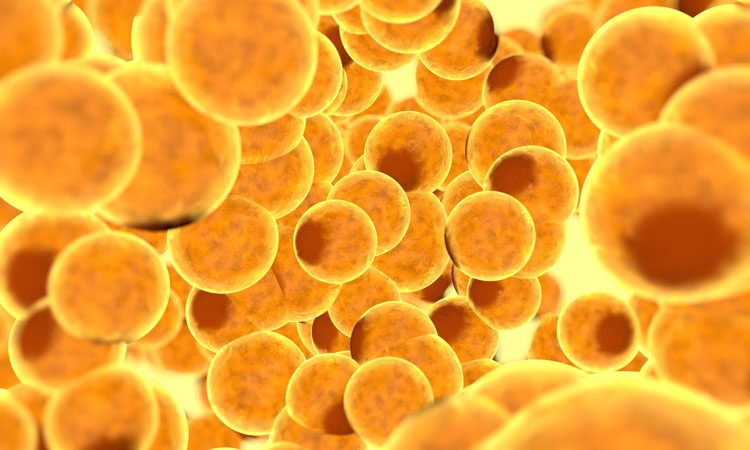 Researchers from UT Southwestern Medical Center, US have identified a novel mechanism that regulates the creation of fat in mammals which could lead to new therapeutic targets to fight obesity.

“We found that the loss of a family of microRNAs results in a dramatic increase in fat formation. In addition, we showed that over-expression of the miR-26 family of miRNAs strongly protects against weight gain in mice fed a high fat diet,” said Dr Asha Acharya, an Instructor of Molecular Biology and lead author of the study.

The researchers further found that the miR-26 family controls the levels of a protein called FBXL19 that is important for new fat cell production.

The broader functions of the miR-26 family have remained a mystery due, in part, to the difficulty of removing all three genes that produce miR-26 family members in mammals in order to study their functions.

To overcome this, the researchers used CRISPR/Cas9 to remove all miR-26-encoding genes from the mouse genome. They found that although mice lacking these miRNAs developed normally in early life, they had a two- to threefold increase in white fat tissue beginning in early adulthood, even while consuming a normal diet.

To further test the role of these miRNAs in regulating fat formation, the scientists used a different genetically engineered mouse line that produces excess miR-26. After being fed a high-fat diet, normal mice exhibited dramatic weight gain and an increase in fat content to 40 percent of their overall body mass.

“This study reveals a new mechanism of controlling fat production in the body,” said Dr Joshua Mendell, Professor of Molecular Biology at UT Southwestern and an Investigator in the prestigious Howard Hughes Medical Institute. “A deeper understanding of this mechanism could lead to new therapies to treat obesity, for example by revealing strategies to increase miR-26 activity or to inhibit the downstream targets of this microRNA.”

The study was published online in the journal Genes & Development.