The new research shows that astrocytes contribute to Huntington’s disease symptoms, but suppressing a mutation stops the disease from progressing. 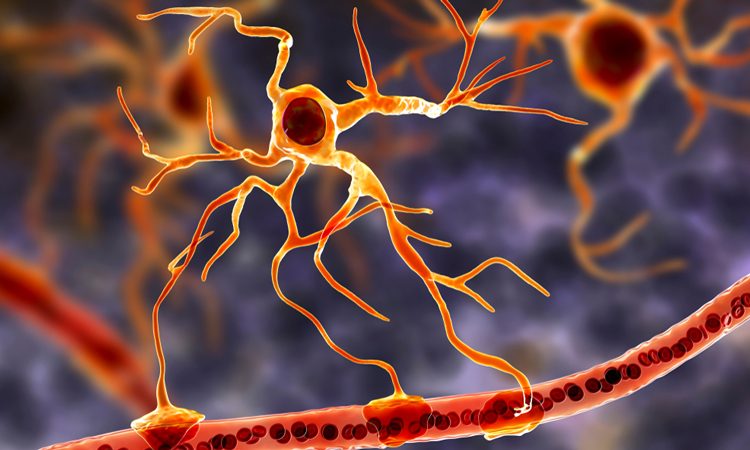 New research has discovered that the star-shaped brain cells called astrocytes may play a critical role in the development of Huntington’s disease. According to the team, their findings could be used as a potential strategy to halt the disease and repair some of the damage it causes.

The study was led by researchers from the University of California, Los Angeles, US. It revealed that the condition damages astrocytes at the early stages of the disease, contributing to the neuropsychiatric symptoms that develop as the disease progresses.

This image shows astrocytes (purple) with mutant huntingtin protein inclusions (green). Some of the inclusions were located within astrocytes as shown in the image on the right (credit: UCLA Health).

Previously, the researchers created a method that allowed them to investigate the brains of living mice and observe astrocyte influence over nerve-cell communication in real-time. This enabled the scientists to see how interactions between synapses and astrocytes changed as a result of neurodegeneration.

They also studied the progression of Huntington’s disease in the brains of deceased humans, alongside mice with the huntingtin gene mutation that causes the condition. In the mice, they found that they were able to suppress the mutation in astrocytes which halted disease progression and repaired some cellular damage.

“We believe that if we are able to stop the progression of the disease in astrocytes and neurons, then we may be able to restore activity in the brain to what it was before the disease developed,” said Baljit Khakh, the study’s lead investigator and a professor of physiology and neurobiology.