Researchers have discovered a gene in zebrafish that enables them to successfully recover after cardiac damage, which could be used to repair heart tissues in humans. 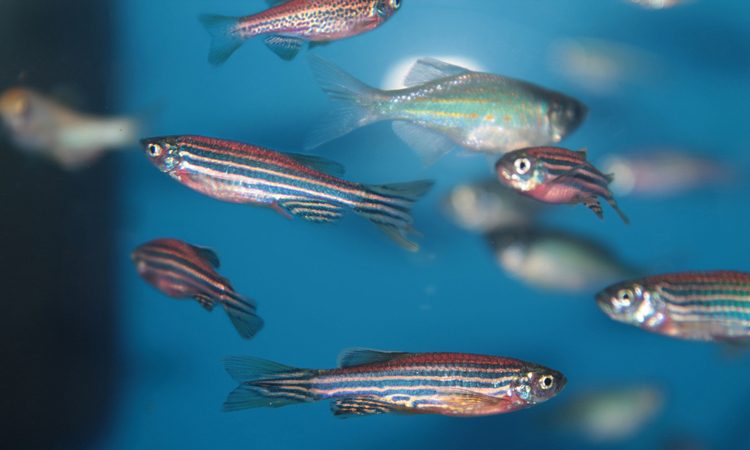 Researchers have found and studied a particular gene in zebrafish that aids in their recovery from cardiac damage. They suggest their findings could be used in stimulating the repair process of the human heart. 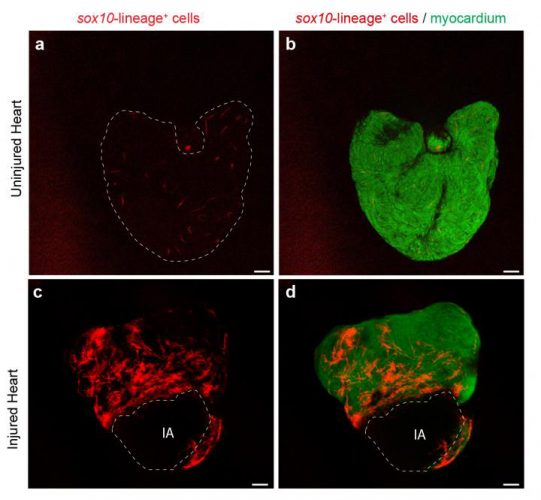 Images of an uninjured zebrafish heart (a,b) and one injured at the tip (IA), (c,d,). sox10-derived cardiomyocytes are shown in red, other myocardial cells in green. The number of the sox10-derived cells increases after injury, and the cells accumulate at the borders of the injury (credit: Marcos Sand-Melon).

The study was led by researchers at the University of Bern, Switzerland, who teamed up with scientists from other institutions.

However, the researchers found that not all cardiomyocytes in the zebrafish contribute equally to regeneration of lost muscle. A specific subset with enhanced regenerative capacity is responsible for repairing damage to the heart.

Using transgenic tools, the team identified the subset as marked with expression of the sox10 gene. When the team erased this cell population from zebrafish, heart regeneration was impaired.

“We were able to identify a specific cell population that is more efficient than all other heart muscle cells during regeneration and showed that its contribution to repair is essential,” says lead researcher Nadia Mercader.

The team say their next step is to reveal whether the absence of sox10 gene expression in mammals explains why hearts do not regenerate well after cardiac damage.

The results were published in Cell Reports.