It has been discovered that papillomaviruses induce immunity that protects patients, which could lead to a novel method for preventing skin cancer using a vaccine based on T cells. 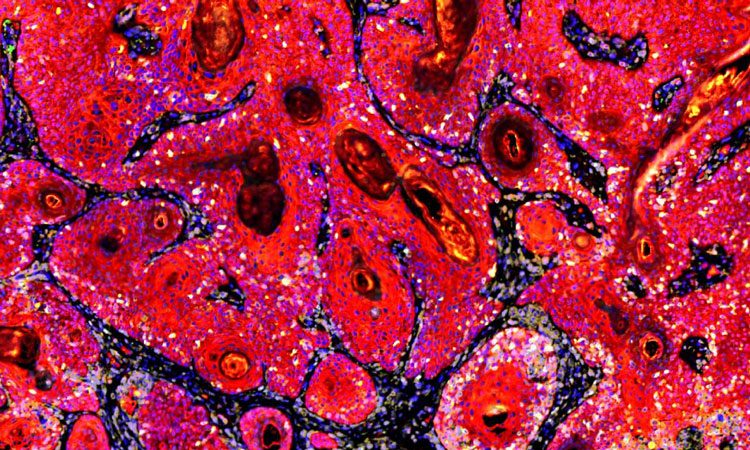 It has been reported that a virus which commonly lives on human skin (so-called ‘low-risk’ human papillomaviruses) appears to play a role in protecting against skin cancer. They suggest this could be used within a therapeutic strategy.

Patients who have immune systems that are suppressed from diseases or medical therapy are at an increased risk for cancers linked to viral infections, particularly squamous cell carcinoma (SCC) of the skin.

Although multiple studies have tried to show a link between human papillomavirus (HPV) infections and SCC, none have been able to show that HPVs drive the development of the skin cancers, said Shawn Demehri, MD, PhD investigator in the Center for Cancer Immunology at Massachusetts General Hospital (MGH) department of Dermatology.

Instead, working with experimental models and tissue samples from human skin cancer, Demehri and his colleagues found that the presence of ‘commensal’ papillomaviruses (low-risk forms of HPV that live on the skin of the majority of people) appears to have an indirect protective rather than harmful effects against SCC.

“This is the first evidence that commensal viruses could have beneficial health effects both in experimental models and also in humans and it turns out that this beneficial effect has to do with cancer protection. The role of these commensal viruses, in this case papillomaviruses, is to induce immunity that then is protecting patients from skin cancers,” he said.

The role of these commensal viruses, in this case papillomaviruses, is to induce immunity that then is protecting patients from skin cancers…”

Their findings suggest a novel method for preventing skin cancer using a vaccine based on T cells.

“T cell-based vaccines against commensal HPVs may provide an innovative approach to boost this antiviral immunity in the skin and help prevent warts and skin cancers in high-risk populations,” the researchers write.

They note that augmenting natural immunity against HPV immunity may further improve the effectiveness of immunotherapy against SCC using immune checkpoint inhibitors.

Demehri and colleagues conducted experiments with mouse models showing that those with intact immune systems and natural immunity against papillomaviruses, as well as mice that had adaptive immunity from transfer of T cells, were protected when exposed to ultraviolet light or chemicals known to cause skin cancer.

They also tested human skin cancer samples for the presence and activity of 25 known commensal low-risk HPVs and found that viral activity and viral load were significantly reduced in the skin cancers compared with adjacent normal skin, “suggesting a strong immune selection against virus-positive malignant cells.”