A newly-discovered molecular mechanism that allows damaged adult liver cells to regenerate could pave the way for drugs for chronic liver diseases. 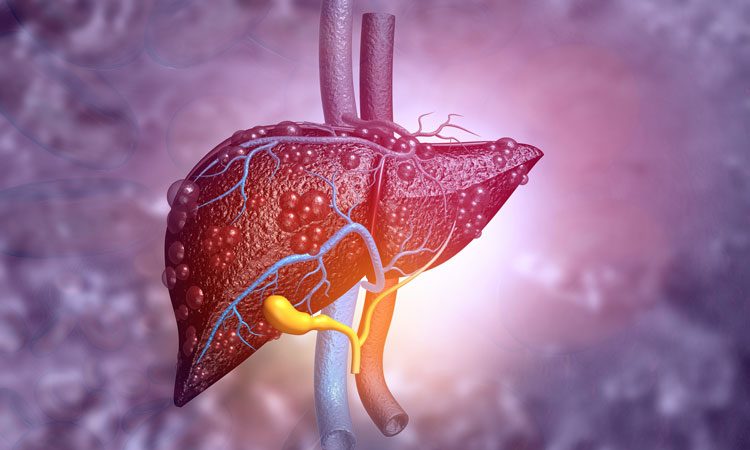 A molecular mechanism that allows damaged adult liver cells to regenerate has been discovered and could pave the way for drugs to treat conditions such as cirrhosis or other chronic liver diseases where regeneration is impaired.

The mechanism was made by researchers at the University of Cambridge’s Gurdon Institute.

The researchers used mice and liver organoids (‘mini-livers’ generated in the lab from mouse liver cells) to study adult liver regeneration. They discovered that a molecule called TET1 is produced in healthy adult liver cells during the first steps of regeneration, and that this process is mimicked in liver organoids, where it has a role in stimulating organoid growth.

“We now understand how adult liver cells respond to the changes caused by tissue injury,” said Dr Luigi Aloia, first author of the paper and postdoctoral researcher at the Gurdon Institute “This paves the way for exciting future work to boost cell regeneration in chronic liver disease, or in other organs where regeneration is minimal such as the brain or pancreas.”

The adult liver is formed by two main types of cells: hepatocytes, which perform many of the liver’s functions, and ductal cells, which form the network of tiny ducts delivering bile to the intestine. After acute (short-term) damage hepatocytes are able to regenerate, but after more severe injury they are not.

After severe or chronic injury, the ductal cells become capable of generating both new hepatocytes and new ductal cells to replenish the liver tissue, through induction of an identity-switching process known as plasticity.

The researchers explored the molecular mechanism that provides ductal cells with this power to regenerate the liver tissue. They showed that TET1 activates a chemical switch – known as an epigenetic modification – on the ductal cell’s DNA. This switch allows genes to ‘turn on’ so that the cell can respond to changes in the environment such as damage, and activate the regeneration program when needed.

“Our finding pinpoints TET1 as the protein that enables plasticity of the ductal cells and their regenerative capacity in response to injury,” added Dr Meritxell Huch, who led the research. “Because the epigenetic switch activated by TET1 does not modify the genetic sequence of the cell, but the mechanism by which the genes are expressed, it represents a target that could be modified by drugs.”