Exosomes used by researchers as form of novel gene therapy

A study has demonstrated that exosomes can be used as nanocarriers for therapeutic contents, as a new type of gene therapy. 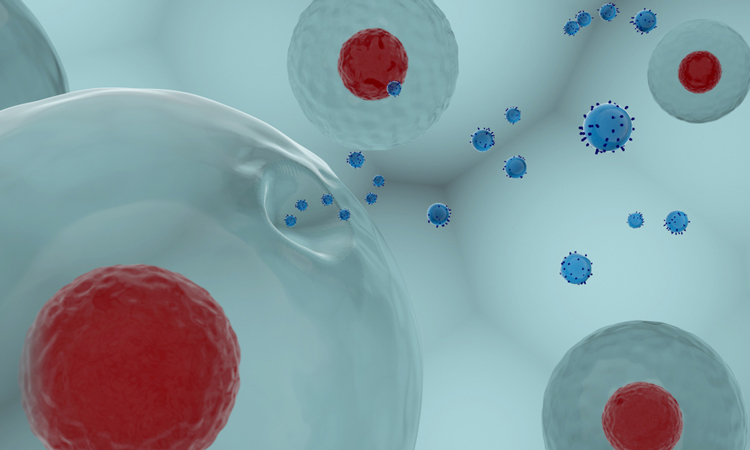 A new gene therapy technique has been developed by researchers, inducing human cells to mass-produce nanoparticles full of genetic material. The team say this has the potential to reverse disease processes for conditions such as Alzheimer’s and Parkinson’s.

The study was conducted at Ohio State University, US, and demonstrated that exosomes, fluid sacs released in cells, can be a way to carry therapeutic materials in a process called nanoporation.

The researchers used a patented technology that prompted donated human cells such as adult stem cells to discharge millions of exosomes that function as nanocarriers containing a drug.

The team placed about one million donated cells on a nano-engineered silicon wafer and used an electrical stimulus to inject synthetic DNA into the donor cells.

Due to this, the cells ejected unwanted material as part of DNA transcribed messenger RNA (mRNA) to repair gaps in their membranes. During this process, the cells also expelled their unwanted contents within exosomes; which contained the drug.

The electrical stimulation had the bonus effect of a thousand-fold increase of therapeutic genes in a large number of exosomes released by the cells, a sign that the technology is scalable to produce enough nanoparticles for use in humans.

To test their findings, the researchers used their method on glioma brain tumours in mice. They delivered a gene called PTEN, a cancer-suppressor gene. Mutations of PTEN that turn off the suppression role can allow cancer cells to grow exponentially.

The synthetic DNA given to the donor cells was copied into a new molecule consisting of mRNA. Each exosome bubble containing mRNA was transformed into a nanoparticle ready for transport.

“The advantage of this is there is no toxicity, nothing to provoke an immune response,” said senior study author Professor L James Lee. “Exosomes go almost everywhere in the body, including passing the blood-brain barrier. Most drugs can’t go to the brain.

“We don’t want the exosomes to go to the wrong place. They’re programmed not only to kill cancer cells, but to know where to go to find the cancer cells. You don’t want to kill the good guys.”

The results in mice showed the labelled exosomes were far more likely to travel to brain tumours and slow their growth compared to substances used as controls.

“Hopefully, one day this can be used for medical needs,” Lee said. “We’ve provided the method. If somebody knows what kind of gene combination can cure a certain disease but they need a therapy, here it is.”