A study has found the processes used by macrophages in their immune response, which could be used in the development of new vaccines. 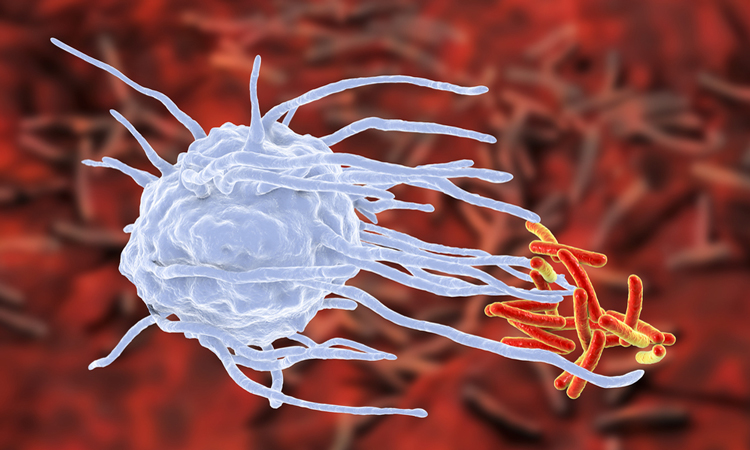 Researchers have discovered how macrophage function changes after infection to attack pathogens, by altering their metabolism within minutes. According to the team, their findings could aid in the development of new vaccination strategies and for new approaches to combatting autoimmune diseases.

The study, conducted at the University of Bonn, Germany, built upon previous research to reveal the mechanisms behind macrophage processes.

On the surface of macrophages are a particular kind of receptor, called Toll-like receptors. These respond to different signals and are activated by various chemical signals, triggering a series of reactions inside the cell.

One type of signal comes from lipopolysaccharides (LPS), important components of the bacterial cell wall.

The researchers confronted macrophages with LPS to investigate the results. They found that after contact, macrophage metabolism changed dramatically by immediately absorbing more glucose from the environment.

This sugar was turned into acetyl groups, small molecules related to acetic acid. These then served as a label in the cell nucleus, to identify genome sequences supposed to be read more intensively.

The increased acetyl group synthesis loosened DNA histones and makes the corresponding genes more readable. The researchers say that these include genes responsible for the release of inflammatory messengers or that improve the mobility of macrophages.

Previous studies have demonstrated that the activation of these receptors alters the reading of genes. However, the mechanisms responsible for this differ from the newly discovered one.

According to the researchers, it is likely that this mechanism enables the regulation of the genetic response. This could, therefore, be used as a starting point for improving the effectiveness of vaccines.