Protein injections in medicine could one day be possible, says new study

A new study could lead to medical compounds one day being introduced into cells with the help of bacterial toxin and could open up new possibilities in cancer medicine. 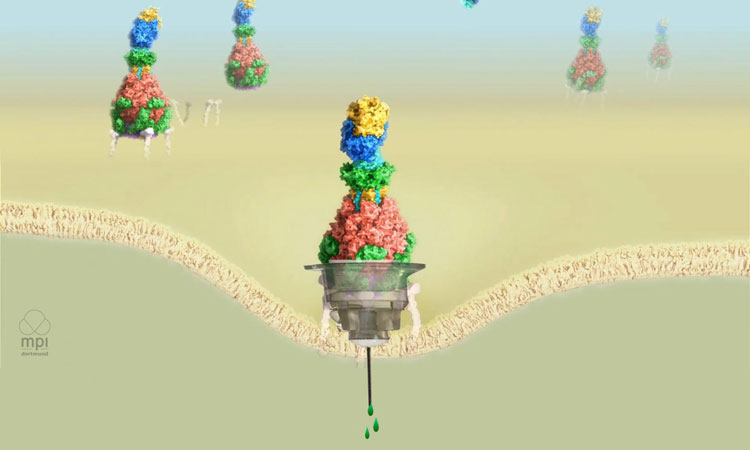 Researchers have analysed the toxins that pathogens use to damage their host organism and the special injection mechanism that bacteria use to deliver their poisonous contents into the host cell, and have now succeeded in replacing the toxin in this nano-syringe with a different substance.

This accomplishment, they say, creates a basis to use bacterial syringes as drug transporters in medicine.

Stefan Raunser, Director at the Max Planck Institute for Molecular Physiology in Dortmund, together with his team discovered this lethal mechanism by using cryo-electron microscopy. What this technique reveals is the three-dimensional structure of proteins in near-atomic resolution.

The researchers have now found a way to replace the toxin in the bacteria’s nano-syringe with different proteins, and then inject them into cells. For the exchange to work, however, the proteins must be a particular size, be positively charged, and must not interact with the toxin capsule. “With this technique, we have taken the first step towards our ultimate goal of using these nano-syringes in medicine to introduce drugs into body cells in a targeted manner,” says Raunser.

To transfer its toxic charge into the host cell, the injection mechanism must first dock with the cell. But the bacteria must trick the host cell by pretending that the toxin is a substance that can be safely absorbed. To do this, they have areas that are recognised by sensors on the cell surface.

“We are currently looking for the toxin’s ‘docking stations’. Once we have found them and understood how the toxin binds to the cell surface, we aim to specifically modify the injection mechanism so that it can recognise cancer cells,” said Raunser. “We could then inject a killer protein exclusively into tumour cells. This would open up completely new possibilities in cancer medicine with minimal side effects.”