A study has shown that using three antibodies with two different mechanisms of action could be a novel way to improve immuno-oncology treatments. 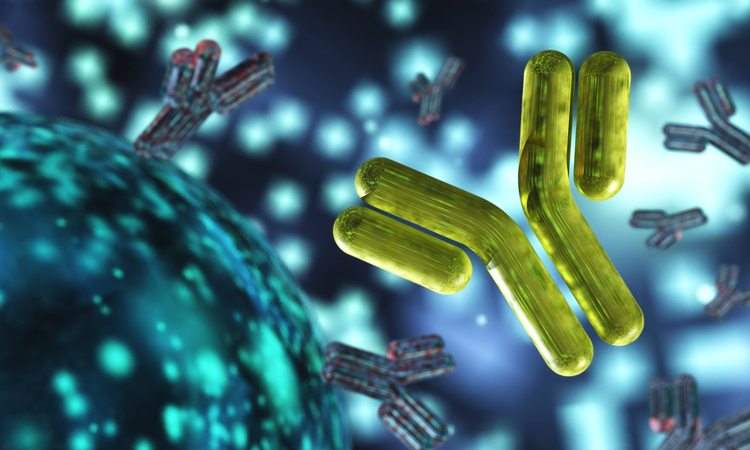 Researchers have found that using antibodies with two differing mechanisms of action at the same time leads to a more effect destruction of tumours in animal models. According to the team, patients who do not respond to current immunotherapy options could benefit from this treatment strategy.

The study, conducted at the University of Basel, Switzerland, investigated an antibody that activates the CD40 receptor on the surface of immune cells. This stimulates the production of natural killer T cells.

The group revealed that the effect of the anti-CD40 antibody can be greatly increased by combining it with two other antibodies that attach to tumour blood vessels.

They found that administration of only the anti-CD40 antibodies leads to an increase of T cells, but these were not detected in the interior of the tumour; leading the researchers to suggest this was due to the nature of the tumour’s blood vessels.

…not only did the antibody combination improve tumour blood vessels, but it also strengthened the immune system”

“Normally, the blood vessels of a tumour are leaky or stunted. Therefore, there is no good way for killer T cells to get inside,” says study leader Dr Abhishek Kashyap. “Our hypothesis was that the killer cells are able to invade the tumour and destroy it only if there are enough healthy blood vessels.”

The researchers then combined the anti-CD40 antibody with two anti-angiogenic antibodies that stabilised the tumour blood vessels. This showed success in several animal models of cancer including colorectal, breast and skin, by demonstrating improved tumour destruction.

According to the team, not only did the antibody combination improve tumour blood vessels, but it also strengthened the immune system, by allowing the T cells to penetrate the tumour effectively and promoting a tumour-hostile inflammatory reaction from the tumour.

“The anti-angiogenetic antibodies may make the ‘cold’ tumours ‘hot’, so that immunotherapy functions better,” says Kashyap.