Research into CDK8 oncogene could improve design of future therapeutics 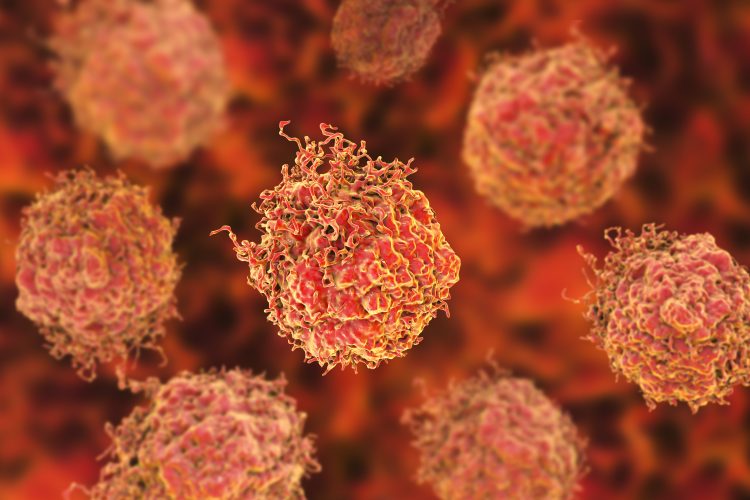 Researchers have studied how Cyclin-dependent kinase 8 (CDK8) is activated in healthy cells and from their findings suggested that future CDK8-specific inhibitors should target CDK8 in complex with both Cyclin C and MED12 in order to be effective against cancer.

CDK8 is an oncogene implicated in the development of colon, breast and skin cancer; so, researchers decided to study its role and activation in healthy humans, to provide insight into cancer.

“One important aspect is that CDK8 does not occur in our cells as an individual molecule, but always in a complex with three partners. As part of this complex, CDK8 has completely different properties, which is why it is essential to investigate CDK8 as part of this complex,” explained Felix Klatt, the first author of the study and a University of Bayreuth, Germany graduate student.

The team used structural biochemistry to decipher how CDK8 is activated by two of its three complex partners: Cyclin C and MED12. They discovered that a small section of MED12, which they called the ‘MED12 activation helix’, activates CDK8.

“After we discovered the MED12 activation helix, we were very surprised to find a large number of mutations associated with uterine fibroids, breast cancer and chronic lymphatic leukaemia in this very area,” reported Dr Claus Kuhn, head of the University of Bayreuth research team and part of the Elite Network of Bavaria, Germany.

Through subsequent experiments, the team demonstrated these mutations result in a spatial rearrangement of the MED12 activation helix within the complex that reduced the activity of CDK8.

“This means that all future attempts to inhibit CDK8 must at least focus on triple complexes of CDK8, Cyclin C and MED12. If, as has happened in the past, inhibitors are developed only against CDK8 in complex with Cyclin C, the resulting compounds are very likely ineffective against CDK8 in human cells,” concluded Kuhn.