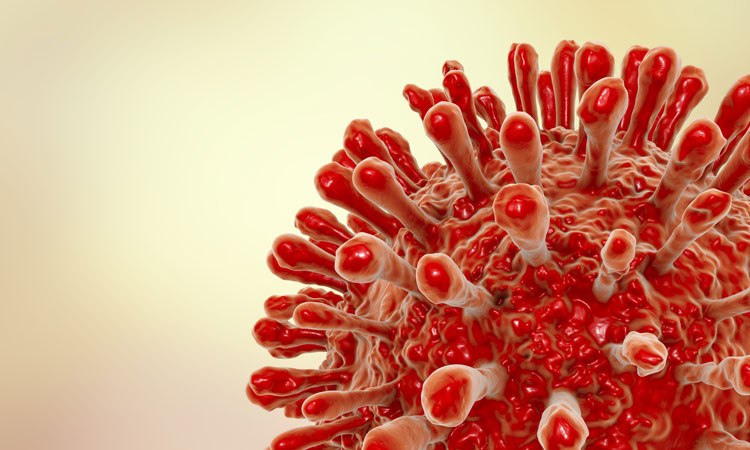 A new study has found that the human protein apolipoprotein A-I binding protein (AIBP) inhibits HIV replication by targeting lipid rafts and reducing virus-cell fusion. This is the first evidence that suggests AIBP is an innate immunity factor that restricts HIV replication by modifying lipid rafts on cells targeted by the condition. The study’s researchers were from George Washington (GW) University, US.

AIBP is involved in the regulation of lipid rafts and cholesterol efflux. It has been suggested to function as a protective factor under several conditions associated with an increased abundance of lipid rafts, including atherosclerosis and acute lung injury.

“Previous studies have suggested a protective and possibly therapeutic role of AIBP in human diseases associated with inflammation and impairment of cholesterol metabolism, particularly atherosclerosis,” said Dr Michael Bukrinsky, Professor of Microbiology, Immunology and Tropical Medicine at the GW School of Medicine and Health Sciences and senior author on the study. “What we found in our study is that AIBP also exerts anti-HIV activity.”

Host cell lipid rafts (subdomains of the plasma membrane that contain high concentrations of cholesterol and glycosphingolipids) are involved in HIV-1 assembly and budding and the infection of target cells. Given the dependence HIV has on lipid rafts and AIBP’s ability to reduce them, the researchers hypothesised that AIBP could inhibit HIV replication.

The study showed that exogenously added AIBP reduced the abundance of lipid rafts and inhibited HIV replication in vitro and in vivo, while knockdown of AIBP native to the cells increased HIV replication. With these findings, the authors suggest that new therapeutic approaches aimed at inhibition of HIV infection and HIV-associated comorbidities via stimulation of AIBP production can be envisioned.

“Through this study, we identified a novel innate immunity factor that inhibits HIV infection by targeting lipid rafts,” Bukrinsky continued. “Further studies could possibly show AIBP may also protect against infection by other viruses and microbes.”