A new study has found that in salt-sensitive hypertension, immune cells gather and release free radicals, damaging the kidneys. 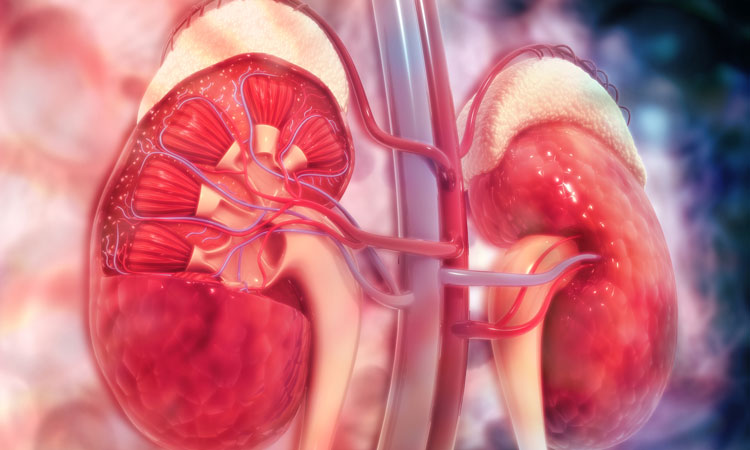 In a new study, scientists have reported that in salt-sensitive hypertension, immune cells gather in the kidneys and shoot out free radicals, heightening blood pressure and damaging organs.

These chemicals (also called reactive oxygen species, or ROS), are a byproduct of the body’s use of oxygen that the immune system uses to kill invaders. But at high levels, they also are known to alter key components of our body like proteins and contribute to a myriad of diseases from hypertension to cancer.

For their studies, the scientists used an animal model for salt sensitivity, the Dahl SS rat, as well as a version of that rat which lacks NADPH oxidase bodywide – an enzyme complex and major producer of ROS that is elevated in the kidneys of salt-sensitive rats. The rat missing NAPDH oxidase is protected from hypertension and kidney damage on a high-salt diet, another clue that ROS is a big factor in hypertension, said Dr Justine Abais-Battad, a physiologist in the Department of Physiology at the Medical College of Georgia at Augusta University, US and corresponding author of the study.

To pinpoint the source of the ROS cells, the scientists restored the ability of that NADPH oxidase knockout rat to make the ROS-producing enzyme but only in immune cells. All cells can make ROS but they suspected the immune cells were the problem.

“ROS specifically produced by the immune cells is enough to give these rats hypertension,” explained Abais-Battad. This points to a clear potential treatment target, the scientists said.

“If we can begin to understand an approach where we could block this production of free radicals by those cells particularly in the kidney, there is a potential treatment,” added Mattson.

While antioxidant therapies have failed for many maladies, Mattson says the location is likely one reason. “They are just not getting to the right places,” he said.

Knowing the cellular source of the ROS is important for designing effective therapies: “Our study shows that ROS from immune cells causes salt-sensitive hypertension and that targeted antioxidant therapies may be necessary to produce maximal beneficial and protective effects,” the scientists wrote.

For this study, the scientists wanted to know why the immune cells move into the kidneys and their actions when they get there and they reasoned they could be producing ROS.

Mattson’s lab has evidence that the problem starts with kidneys that do not eliminate salt sufficiently, which means fluid levels increase and so does pressure.

If you have your immune system fully activated, the disease is amplified and I think that is where we get into trouble…”

“With a little bit of a pressure increase, you can go on a low-salt diet or eat more potassium or fresh vegetables and probably bring your blood pressure down,” Mattson adds. “But if you have your immune system fully activated, the disease is amplified and I think that is where we get into trouble.”

There is evidence that suppressing the immune system can lower blood pressure but the scientists say that likely is not a smart or safe way to tackle the problem.

The researchers also note that as with many diseases, there are both genetic and environmental factors that contribute to hypertension.

The study was published in Free Radical Biology and Medicine.