Scientists can now ‘listen in’ on cancer cells with new technique

More effective drugs could be developed due to a new technique that has allowed scientists to decipher how millions of individual cells are communicating with each other on miniature tumours grown in a lab. 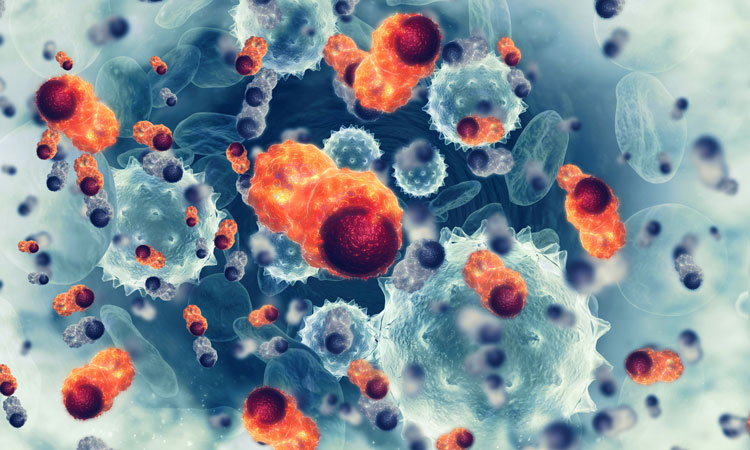 A new technique has been developed to decipher how millions of individual cells are communicating with each other in miniature tumours grown in the lab, known as organoids.

The organoids were broken up into individual cells, then antibodies combined with heavy metal atoms were added”

This is the first time that scientists have been able to analyse many different signalling molecules at once in individual cells within replicas of patients’ tumours. According to the researchers, this could allow scientists to develop more effective new drugs, by revealing why tumours respond the way they do to treatments. It could also help doctors to select the best course of treatment for each individual patient, by testing treatments on a bespoke replica of a patient’s tumour before prescribing them.

The technique rapidly analyses each individual cell in an organoid, looking for the presence of specific signalling molecules – messages that cells send to neighbouring cells, telling them how to behave.

“Organoids are already revolutionising cancer research by allowing us to test whether experimental new drugs are effective on lifelike models of tumours,” said Dr Chris Tape, lead researcher of the study at UCL, UK. “But crucially, this new technique helps scientists to understand why a treatment works or not, by revealing in unprecedented detail how cells are talking to each other.”

In order to listen in on cancer cells, the team grew organoids in the lab which mimic the behaviour of cancer in the human body. They then modified a technique called mass cytometry, which is used to detect and analyse protein molecules. The organoids were broken up into individual cells, then antibodies combined with heavy metal atoms were added. The scientists nebulised the cells, to convert them into a fine mist and electrically charged the heavy meal atoms, so that a magnetic field could be used to separate out the different signalling molecules.

This technique was then tested in bowel cancer cells and was able to simultaneously detect 28 key signalling molecules, across six different cell types, in over one million cells. They found indications that the cancer cells, as well as immune cells and connective tissue, had ‘rewired’ the normal signalling networks of bowel tissue, allowing tumours to grow unchecked.

The next steps will be to use this technique to look for ways to block the communications between cells that allow them to withstand treatment.

The research was published in Nature Methods.