New worm model could aid in the study of rare disease

A new earthworm model has been developed for the rare disease, x-ALD, which the scientists say could lead to pharmacological targets for the neuronal alterations of the disease. 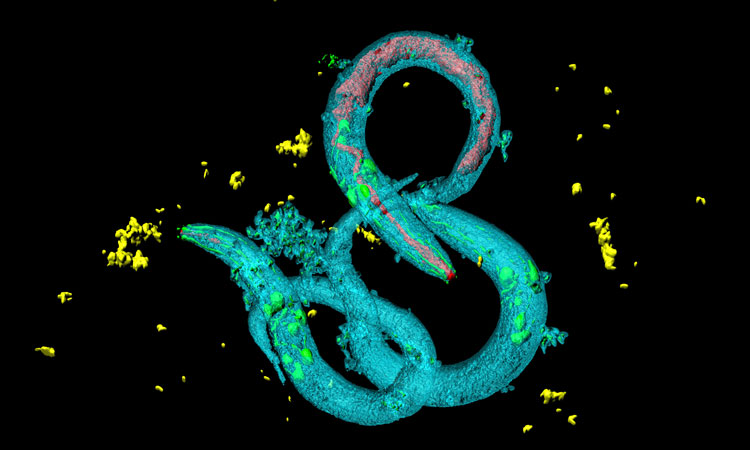 A model of chromosome X-linked adrenoleukodystrophy (x-ALD) has been identified in the earthworm Caenorhabditis elegans (C. elegans). This could accelerate and reduce the price of the research into the disease and lead to possible pharmacological targets for the neuronal alterations of this disease.

This work was undertaken by the IDIBELL Neurometabolic Diseases group in Spain.

“This model of adrenoleukodystrophy in C. elegans is a very valuable genetic tool that will allow us to study the mechanisms involved in the disease and to find pharmacological targets faster than with other animal models, such as mice, which are much more complex and involve a costly and economically expensive process,” said Esther Dalfó, who now is leading the C. elegans models of diseases group.

x-ALD is a rare genetic disease in which long-chain fatty acids accumulate in the blood and the nervous tissue, and where the myelin in the neurons is damaged. People who suffer from it may have, among other things, brain and mobility problems, as well as hormonal disorders. The cause is a deficiency in the ABCD1 gene, which encodes the adrenoleukodystrophy protein (ALDP), which transports long-chain fatty acids to peroxisomes. These organelles play a very important role in lipid degradation and their subsequent cell use. 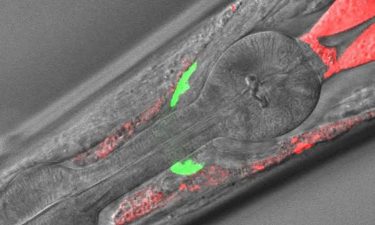 Microscope image of the anterior part of a C. elegans in which the analysed cell material can be seen in different locations (green and red) (credit: Neurocience Institute UAB).

This work has identified and characterised the C. elegans worm as a model of the disease, which is deficient for the human analogue protein (homologous) ALDP. The research team, co-led by Dr Aurora Pujol and Dalfó, analysed the consequences of this deficit on a cellular level and found that, as in human and in existing mouse models, exists an accumulation of long-chain fatty acids, changes in lipid metabolism, oxidative imbalances in the mitochondria and neuronal disorders. The model will allow accelerating the study of this disease, for which there is currently no treatment, the scientists said.

“This new animal model has helped us to confirm that oxidative stress caused by mitochondria (the energy-producing organelles of cells) is the major cause of neuronal damage in adrenoleukodystrophy and this mechanism of damage is conserved from the worm to the patient. The data point to new therapeutic pathways, such as mitochondrial antioxidants in peroxisome disease,” added Aurora Pujol, professor at IDIBELL.

The work was published in Free Radical Biology and Medicine.

Infographic: A custom monoclonal antibody for your next project