A study has shown that natural killer cells are linked to the protein GM-CSF, which causes inflammation, indicating a new target for rheumatoid arthritis. 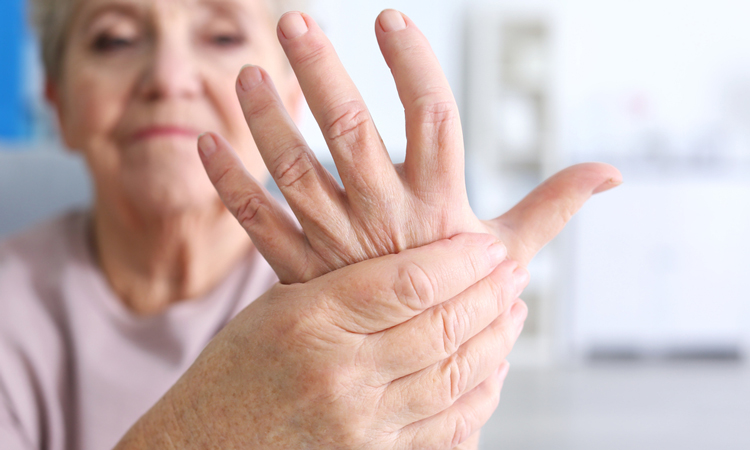 Researchers have revealed new details on how joint inflammation evolves in rheumatoid arthritis and identified cells that prolong the inflammatory attack. The team, from the Walter and Eliza Hall Institute in Australia, say their findings progress the understanding of the disease and could indicate potential new therapeutic targets for reducing joint inflammation.

In laboratory models and human clinical samples, the group pinpointed natural killer (NK) cells as an unexpected source of the inflammatory protein GM-CSF in rheumatoid arthritis, the first clue that these cells contribute to inflammatory autoimmune diseases. GM-CSF was originally discovered at the Walter and Eliza Hall Institute as a growth factor for blood cells, but it is increasingly recognised as a key inflammatory mediator that drives a number of autoimmune diseases.

“When we removed GM-CSF, we could see a reduction in inflammation. This finding underpinned the development and current clinical trials of inhibitors of GM-CSF signalling as a new approach to treating rheumatoid arthritis,” said co-leader of the study Professor Ian Wicks. “Although we knew that GM-CSF signalling was important in joint inflammation, which cells were producing GM-CSF within joints and how this protein signalled after binding to its receptor on other immune cells was not well understood.”

The team discovered that GM-CSF in inflamed arthritis joints was produced by NK cells. “This was a surprise because, until now, NK cells were thought to primarily be important for clearing virus-infected or cancer cells,” co-lead author Dr Cynthia Louis said. “This is the first time NK cells have been found to contribute to tissue inflammation in autoimmune diseases such as rheumatoid arthritis. As well as looking at our laboratory model of arthritis, we examined cells from the joints of people with rheumatoid arthritis and confirmed that NK cells are indeed a significant source of GM-CSF in patients. This discovery has solved one part of the puzzle about how inflammation occurs in rheumatoid arthritis.”

When we removed GM-CSF, we could see a reduction in inflammation”

The scientists revealed that the protein CIS is important for ‘switching off’ GM-CSF signalling, a critical mechanism to restrain destructive inflammation in arthritis.

“In the absence of CIS, we saw hyperactivation of GM-CSF signalling and more severe arthritis,” Dr Louis said. “This research showed that if a new drug that mimics CIS were to be developed, it may help to reduce the debilitating effects of GM-CSF in rheumatoid arthritis, but also in other inflammatory diseases driven by GM-CSF, such as multiple sclerosis.”

The research was published in the Journal of Experimental Medicine.