The model was tested on a panel of drugs that are both still on the market or have been recalled due to adverse effects and was able to show their toxicity. 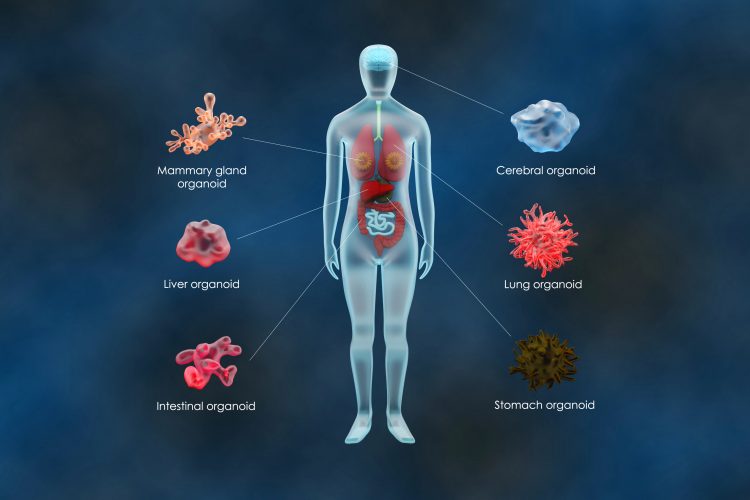 A new multi-organ-on-a-chip has been developed to test the toxicity of drugs. The researchers behind the chip say it could lead to faster and more economic drug development as well as a reduced risk of drug withdrawal after reaching market.

The chip, detailed in a paper published in Biofabrication, contains representations of the liver, heart, vasculature, lungs, testis and either colon or brain tissues.

Professor Anthony Atala, study senior author from the Wake Forest Institute for Regenerative Medicine (WFIRM), US, explained how drug development can take over 15 years with a cost as high as $2.6 billion for each drug brought to market.

…using 3D human-based tissue models with nuanced and complex response capabilities, has a great potential for influencing how in vitro drug and toxicology screening and disease modelling will be performed in the near future”

Atala continued: “Unfortunately, the human and financial costs can be even more dramatic if a drug is later found to be harmful and must be withdrawn. For example, Merck paid $4.85 billion to settle 27,000 cases and another $830 million dollars to settle shareholder lawsuits after one of its drugs caused adverse effects. The human costs of adverse drug reactions, meanwhile, manifest themselves as a leading cause of hospitalisation in the US, with up to 5.3 percent of hospitalisations related to adverse drug reactions. The rate of fatal adverse drug reactions is difficult to determine and it is probably under-reported. As both adverse human effects and drug development costs increase, access to more reliable and affordable drug screening tools is increasingly critical.”

Co-author Dr Aleksander Skardal, formerly of WFIRM and now at Ohio State University, said: “This increasing need to comprehensively screen new drugs for adverse effects is the driving force behind our research. To model the integrated nature of the human body, we designed an integrated platform, or chip, supporting six tissue types under a common recirculating media. When combinations of organoids are combined into a single platform, more complex integrated responses can be seen, where the functionality of one organoid influenced the response of another.”

They tested their multi-organ-on-a-chip system on six drugs that the US Food and Drug Administration (FDA) has recalled from the market due to toxicity and adverse effects in humans: pergolide, rofecoxib, valdecoxib, bromfenac, tienilic acid and troglitazone. For many of these compounds, the three dimensional (3D) organoid system was able to demonstrate toxicity.

Professor Atala said: “These compounds were tested by the pharmaceutical industry and toxicity was not noted using standard two dimensional (2D) cell culture systems, rodent models or during human Phase I, II and III clinical trials. However, after the drugs were released to market and administered to larger numbers of patients, toxicity was noted, leading the FDA to withdraw regulatory approval. In almost all these compounds, the 3D organoid system was able to readily demonstrate toxicity at a human-relevant dose.”

As a control, they tested the system with commonly used drugs on the market: aspirin, ibuprofen, ascorbic acid, loratadine and quercetin. As well as not showing any toxicity, the organoids exposed to these compounds remained viable at clinically-relevant doses.

Dr Skardal said: “Further study will be needed. But based on these results our system and others like it, using 3D human-based tissue models with nuanced and complex response capabilities, has a great potential for influencing how in vitro drug and toxicology screening and disease modelling will be performed in the near future.”