A new compound, called FL118, was effective at combatting multiple myeloma in advanced stages of the condition in patient samples as well as mice, say researchers. 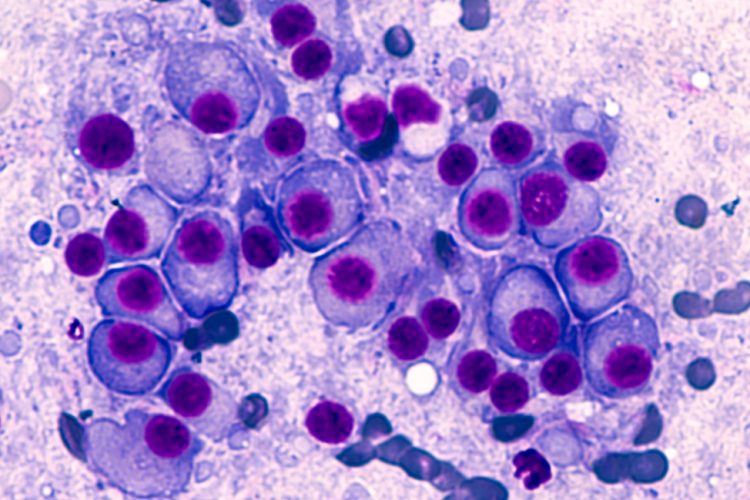 Researchers have demonstrated the success of a new multiple myeloma drug in patient samples and mice. According to the team, these promising results could pave the way for the new drug to be tested in patients.

Conducted at VU University Medical Center in the Netherlands, the study showed that the novel compound was effective even in advanced stages of the disease.

The new drug, called FL118, has previously shown promise when tested on colon and head and neck cancer cells in the lab.

Cancer cells can become resistant to treatment by recruiting surrounding healthy cells to support them. The researchers found that not only is FL118 effective at killing multiple myeloma cells when they are surrounded by these support cells, but it was also able to reverse treatment resistance. This suggests the drug could have potential to treat patients that are no longer responding to standard therapies.

In patient samples of newly diagnosed and relapsed or treatment resistant patients, FL118 was found to in fact be more effective against cancer cells from advanced disease patients, than newly diagnosed cases.

The researchers also found that FL118 enhanced the effect of melphalan and bortezomib – two drugs commonly used in the treatment of multiple myeloma. When tested in a mouse model, the drug was able to reduce tumour volume to almost one sixth of its original size and delayed growth for up to five weeks.

Lead researcher Dr Tuna Mutis explained the next steps: “The first step towards using this compound in the clinic is to do a Phase I trial, which judges the safety of the drug. Our collaborators, who also provided this compound, are now planning this trial. In addition to this, we are also testing whether this new drug could improve immune therapy. This would be another important effect, which could demonstrate its usefulness in a wide variety of cancers – not just multiple myeloma.”

The study was published in Haematologica.