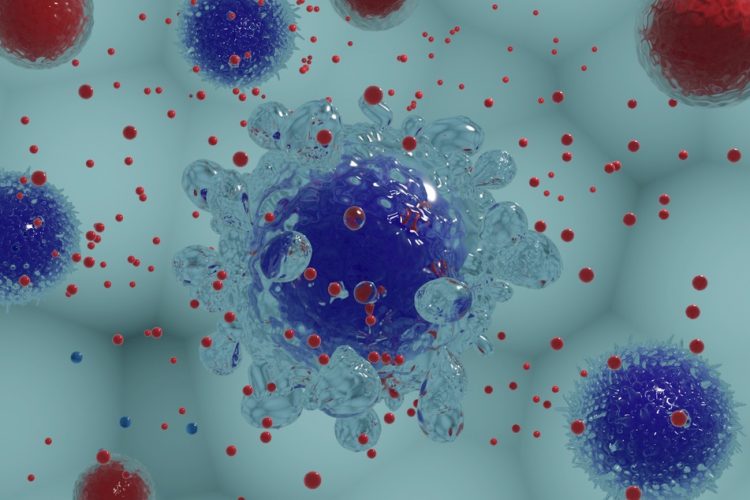 Scientists report they have developed a new immunotherapy that eradicates solid tumours in mice without adverse side effects. According to the researchers, their newly developed chimeric antigen receptor T cell (CAR-T cell) therapy could soon be tested in clinical trials.

Additionally, the researchers also used a new mouse model that could be used to test the safety, efficacy and mechanisms of CAR T-cell treatments for patients with solid cancers in future.

“One of the challenges with developing CAR T cells is that, sometimes, the CAR T cells work against tumour antigens that are also present in lower amounts on normal cells, causing serious side effects which we only find out about in clinical trials,” explained co-corresponding author Tomonori Yaguchi, Visiting Assistant Professor in the Division of Cellular Signaling at the Institute for Advanced Medical Research, Keio University School of Medicine, Japan. “We proposed that if human CAR T cells can cross-react with the mouse antigens and detect antigens found on normal mouse cells, we could test human CAR T cells in mouse tumour models. This would allow more robust tests of both safety and effectiveness before the treatments reach clinical testing.”

The team developed a CAR T-cell treatment targeting an antigen called glycipan-1 (GPC1). This antigen is found in large amounts on several types of human tumour cells and exists in low amounts on normal human and mouse cells. When the scientists tested CAR T cells on mice bearing murine tumours they found that the CAR T cells effectively inhibited tumour growth without causing adverse side effects. For one of the mouse tumours, four out of five of the mice receiving CAR T-cell treatment remained completely tumour-free for at least 100 days. The team also found that the CAR T cells enhanced immune responses against other tumour antigens aside from GPC1.

“We have generated CAR T cells targeting GPC1 in both humans and mice and shown their effectiveness in mouse solid tumour models,” concluded senior author Yutaka Kawakami, Professor in the Division of Cellular Signaling, Institute for Advanced Medical Research, Keio University School of Medicine. “By establishing a new type of model, we were able to test both the effectiveness, safety and anti-tumour mechanisms of CAR T cells, showing the importance of choosing the most appropriate models for evaluating these novel types of cancer treatment.”