A study has revealed that a protein of roundworm larvae which needs to invade the intestines of rodents to survive could be used to control inflammation. 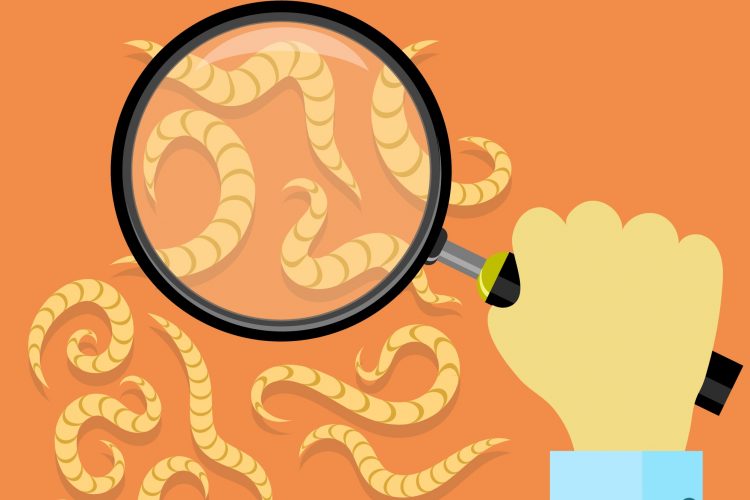 A group of researchers have used a mouse model of allergic asthma to successfully show that a type of larval protein can be used to suppress inflammatory reactions.

The larvae of the roundworm Heligmosomoides polygyrus bakeri (Hpb) need to invade the mucosal layer of the intestine in rodents to survive as this is the only place where they can develop into adult worms capable of reproduction. To do this, the larvae have to beat the host’s immune system, which defends the host against the intruders with inflammatory reactions, the secretion of fluids and muscle contractions.

“Normally the larvae of the parasitic worm would have no chance of withstanding these immune responses. However they use active molecules to specifically modulate the immune response of the host,” explained Dr Julia Esser-von Bieren, researcher at the Center of Allergy and Environment (ZAUM) at Technical University of Munich and Helmholtz Zentrum München. “We want to harness these evolutionarily matured active ingredients to treat chronic inflammatory diseases.”

The researchers isolated, identified and analysed a substance that the worm larvae use to trick the immune system of their host – the protein Hpb glutamate dehydrogenase, which activates various immunoregulatory metabolic pathways. These pathways ensure the formation of anti-inflammatory mediators in the immune cells of the host organism. At the same time, the number of inflammatory mediators is reduced.

“The ability of Hpb glutamate dehydrogenase to weaken the immune response makes it a promising candidate for treatment of chronic airway inflammation,” said Esser-von Bieren. Respiratory illnesses such as allergic asthma are often the result of an over-reaction by the immune system due to an overproduction of inflammatory mediators known as leukotrienes, which can trigger asthma attacks. However, the medications currently given to patients, usually cortisone, hardly have any effect on these mediators at all.

The researchers used a mouse model of allergic asthma to successfully show that the larval protein can be used to suppress inflammatory reactions and studies with human cell cultures also provided encouraging results, say the team.

“We paid particular attention to the effects on certain human immune cells known as macrophages. Constant activation of macrophages results in chronic inflammation. By adding Hpb glutamate dehydrogenase we were able to significantly reduce the pro-inflammatory activity of the macrophages. Here the substance turns out to have greater efficacy than cortisone,” said Esser-von Bieren.

However, Esser-von Bieren points out that there is still a long way to go before a finished medication can be produced: “We’re in the pre-clinical phase and still have to address a number of questions, for example how the worm protein is received by cells in the respiratory tract and what the overall effects on the human immune system are.”

The findings were published in Science Translation Medicine.