Having developed synthetic antibodies made of VHH complexes, researchers showed that these could be used to combat bunyaviruses successfully. 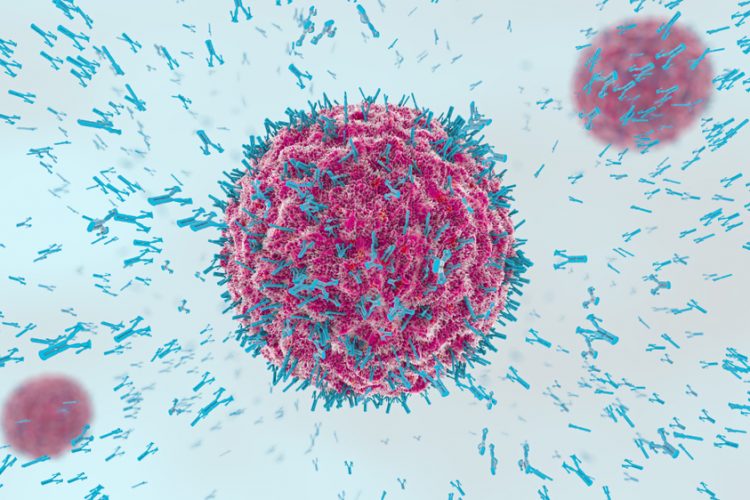 Researchers have developed synthetic antibodies, constructed using bacterial superglue, which they say can neutralise potentially lethal viruses. According to the scientists, the findings provide a new approach to preventing and treating infections of emerging viruses and could also be used in therapeutics for other diseases.

The study was conducted by researchers at Wageningen Bioveterinary Research and Wageningen University, both in the Netherlands.

“After vaccines, antiviral and antibody therapies are considered the most effective tools to fight emerging life-threatening virus infections,” explained author Paul Wichgers Schreur, a senior scientist at Wageningen Bioveterinary Research. “Specific antibodies called VHHs have shown great promise in neutralising a respiratory virus of infants. We investigated if the same antibodies could be effective against emerging bunyaviruses.”

Antibodies naturally found in humans are composed of four ‘chains’ – two heavy and two light. VHHs are the antigen-binding domains of heavy chain-only antibodies found in camelids and are fully functional as a single domain. This means are VHHs smaller and able to bind to pathogens in ways that human antibodies cannot. Furthermore, the single chain nature makes them perfect building blocks for the construction of multifunctional complexes.

In this study, the team immunised llamas with two prototypes of bunyaviruses, the Rift Valley fever virus (RVFV) and the Schmallenberg virus (SBV), to generate VHHs that target an important part of the virus’ infective machinery, the glycoprotein head. They found that RVFV and SBV VHHs recognised different regions within the glycoprotein structure.

When they tested whether the VHHs could neutralise the virus in a test tube, the researchers found that single VHHs could not fulfil this requirement. Combining two different VHHs had a slightly better neutralising effect against SBV, but this was not effective for RVFV. To address this, the researchers used ‘superglue’ derived from bacteria to stick multiple VHHs together as a single antibody complex. The resulting VHH antibody complexes efficiently neutralised both viruses, but only if the VHHs in the complex targeted more than one region of the virus glycoprotein head.

Studies in mice with the best performing VHH antibody complexes showed that these were able to prevent death. The number of viruses in the blood of the treated mice was also substantially reduced compared with the untreated animals.

“We’ve harnessed the beneficial characteristics of VHHs in combination with bacterial superglues to develop highly potent virus neutralising complexes,” concluded senior author Jeroen Kortekaas, Senior Scientist at Wageningen Bioveterinary Research and Professor of the Laboratory of Virology at Wageningen University. “Our approach could aid the development of therapeutics for bunyaviruses and other viral infections, as well as diseases including cancer.”