Scientists denervated the pancreas using surgery or pharmacological agents to protect it from immune-mediated beta cell destruction, preventing the onset of type 1 diabetes. 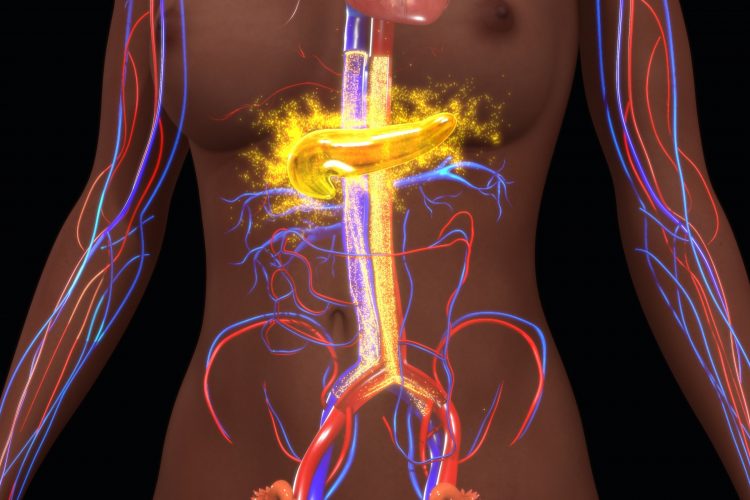 Researchers have discovered that the seemingly random destruction of pancreatic beta cells which causes type 1 diabetes may be driven by nerve signals. The team demonstrated that denervating the pancreatic tissue in mice protected against beta cell death and said that, as a result, denervating tissue could be promising in preventing type 1 diabetes onset in humans.

Type 1 diabetes is a condition in which people are unable to control their blood glucose levels because they cannot produce the enzyme required for excess glucose to be removed from the blood for storage, insulin. This is because the immune system has attacked and destroyed the insulin-producing beta cells of the pancreatic islets. But what triggers the attack?

Researchers have been exploring the pattern of beta cell death to try and find out the cause. Many beta cells are killed off in big patches, while other beta cells are mysteriously untouched. Therefore, it is believed something is drawing the immune system to attack certain parts of the pancreas.

In a new Science Advances study, researchers at Sweden’s La Jolla Institute for Immunology (LJI) report that the nervous system may be driving beta cell die-off. Their new findings in a mouse model suggest that blocking nerve signals to the pancreas could stop patients from ever developing type 1 diabetes.

“It is astonishing that this process may be stoppable through neuronal influence,” commented LJI Professor, Dr Matthias von Herrath, the study’s senior author.

The von Herrath Lab has been working to uncover the cause of type 1 diabetes. Although there are environmental and genetic risk factors for the disease, type 1 diabetes often seemingly strikes at random. In searching for a cause, researchers have explored if differences in blood flow or viral damage might be triggering the immune attack. However, in their latest study they explored the field of neuroimmunology, the idea that nerve signals can affect the immune cells and therefore may drive the immune attack.

To test this theory, the researchers used a mouse model that can be experimentally induced to have beta cell death. They “denervated” the mice, either surgically or through use of a neurotoxin or a pharmacological agent, to block most of the sympathetic nerve signals to the pancreas. They then observed the pattern of beta cell death in living mice using imaging.

According to the researchers, blocking the nerve signals protected mice from beta cell death, compared with no effect in mice given no treatment and mice given only beta blockers. They added that without innervation, it was like the pancreas was invisible to the immune cells that would target it.

“We were pretty surprised to see that these nerve blockers led to pretty significant differences in the onset of diabetes,” said study first author Dr Gustaf Christoffersson, a former LJI postdoctoral researcher now at the University Uppsala, Sweden.

SRI-37330 revealed as drug candidate for treatment of diabetes…

The team cautioned that more research would be required before the method could be translated into humans. Von Herrath explained that doctors would first need a reliable way to identify patients at risk of type 1 diabetes onset and then treat them with either electrostimulation or drugs to block nerve signals. He added that there are also non-surgical, intravascular methods for blocking nerve signals that could be used.

The authors of the study also concluded that several other autoimmune diseases which share the same patchiness, but in a symmetrical pattern, (such as Vitiligo, where skin loses its pigment in symmetrical patches on the face and hands; or arthritis, where inflammation of the joints also occurs symmetrically) could also be driven by the same mechanism and treated in a similar way.

The study suggests that the symmetrical patterns observed in these conditions may be caused by the areas being innervated by nerves that branch out symmetrically through the body. Von Herrath added: “This symmetry is very striking, and it has been almost impossible to explain.”

He concluded that breakthroughs in neuroimmunology could have broad implications for explaining why the body turns against its own organs in many autoimmune diseases. Going forward, the team hopes to investigate the cellular mechanisms that connect the nervous system and type 1 diabetes.