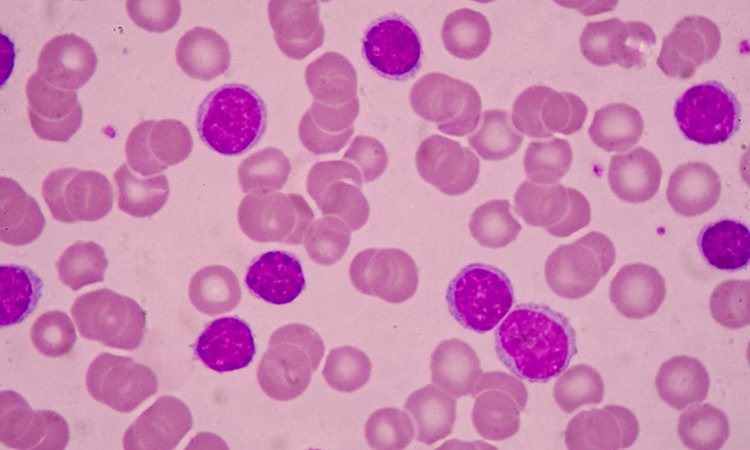 A second path to defeating chronic myelogenous leukaemia (CML), which tends to affect older adults, has been identified by researchers. The research was conducted at Hiroshima University, Japan.

Almost all patients with CML have a faulty, cancer-causing gene, or oncogene, called BCR-ABL1. BCR-ABL1 turns a regular stem cell in the bone marrow into a CML stem cell that produces malformed blood cells. Instead of the CML stem cell dying when it should be scheduled to do so, the oncogene causes it to keep producing even more of these faulty blood cells.

According to the researchers, although tyrosine kinase inhibitor (TKI) treatments that target BCR-ABL1 can transform the prognosis of people with leukaemias, the patients are not cured. The team explain that CML can flare up again under quiescence. This is an ‘idling’ stage in the life cycle of a cell in which it essentially rests and remains in limbo for extended periods of time in anticipation of reactivation, neither replicating nor dying.

“If CML stem cells are in a quiescent phase, they are otherwise left untouched by TKI treatment and so survive to potentially cause a relapse,” said author of the study Associate Professor Kazuhito Naka.

However the researchers found in mouse models that if they disrupt Gdpd3 – a different, non-oncogene gene – then the self-renewal capacity of the CML stem cells is sharply decreased. Gdpd3 directs the production of an enzyme for a particular type of lipid that appears to play a key role in regulating the quiescence of CML stem cells in an oncogene-independent fashion. Therefore, the team showed that the Gdpd3 gene involved in production of this lipid is largely responsible for the maintenance of CML stem cells and the researchers had broken their quiescence. 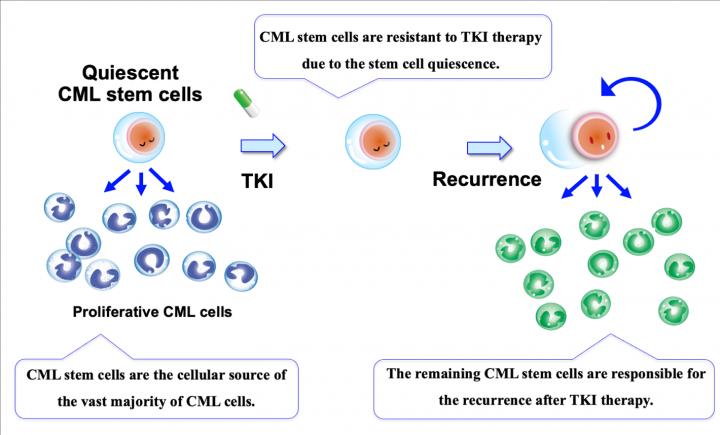 CML stem cells, which are the cellular source of the vast majority of CML cells, are reportedly resistant to TKI therapy due to the stem cell quiescence. Thus, the remaining CML stem cells are responsible for the recurrence after TKI therapy [credit: Kazuhito Naka, Hiroshima University].

When the researchers disrupted the Gdpd3 gene encoding these lipids, leukaemia relapse in the mice was significantly reduced, even when the BCR-ABL1 oncogene was not disrupted.

“This potentially provides another path to arresting these leukaemias – and maybe other cancers too,” said Naka.

The researchers now want to investigate the mechanisms involved and whether this lipid also plays a role in the quiescence of the cancer stem cells that cause solid tumours, not just in leukaemias.

The findings are published in Nature Communications.