A new study has shown that the mutated FBXO31 and RHOB genes can each alone cause cerebral palsy, offering potential drug targets. 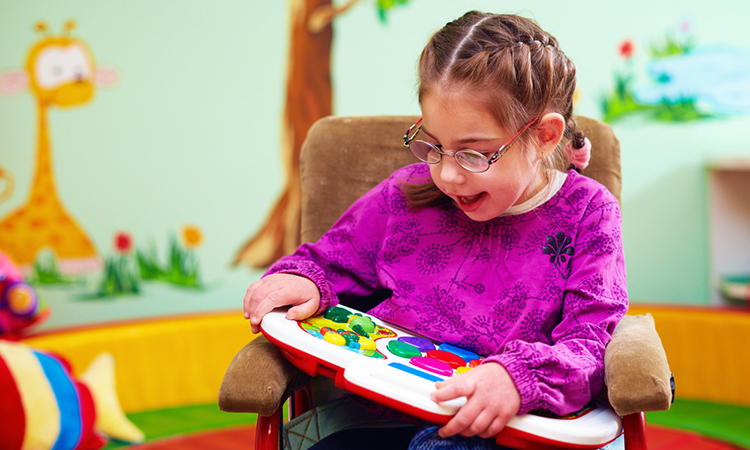 Scientists have identified mutations in single genes that can be responsible for some cases of cerebral palsy, according to a new study. The research was led by researchers at Washington University School of Medicine in St Louis, the University of Arizona College of Medicine in Phoenix and Yale University, all US.

The study indicates that many of the mutations occur randomly and are not inherited from a child’s parents. According to the researchers, this new knowledge could help improve the diagnosis of cerebral palsy and lead to future therapies.

The researchers sequenced the entire protein-coding portion of the genomes from 250 participants – cerebral palsy patients and both parents – seeking mutations that could play causal roles in the condition.

They identified two genes – FBXO31 and RHOB – that when mutated are each alone sufficient to cause cerebral palsy. Many of the additional genes carrying mutations were only present in the child with the condition – meaning they arose randomly – while others were inherited from both parents. In general, the researchers found that many of the genes implicated in cerebral palsy have important roles in the wiring of brain circuitry during early stages of development.

In about 12 percent of the cerebral palsy patients in the study, the causal genetic mutations were acquired by chance, not inherited from either parent. In about two percent of the patients in the study, the mutations were inherited from both parents, neither of whom had cerebral palsy. The researchers say the remaining 86 percent of cases could have environmental causes, contributions from other genetic variations that will require a larger study to reveal or a combination of genetic mutations and environmental interactions that the researchers are still working to understand.

The scientists were able to show that introducing mutations of the same genes into fruit flies caused the insects to have movement difficulties that resemble those common in people with cerebral palsy.

“When these mutations were introduced into fruit flies, they recapitulated what we see in human patients,” said senior author Dr Michael Kruer. “In a nutshell, the flies could not walk. The movement of the flies was greatly diminished and this was examined in several different ways. We were able to validate that these genes – nearly two dozen of them were tested in the flies – play an important role in neuromotor function and in the biology of cerebral palsy.”

“What is exciting about uncovering new genetic causes of cerebral palsy is the potential for the future development of therapies for these patients,” said Assistant Professor Sheng Chih Jin.