Researchers have identified that autoreactive B cells and a protein that enables them to invade joints could be promising drug targets for the most common inflammatory arthritis. 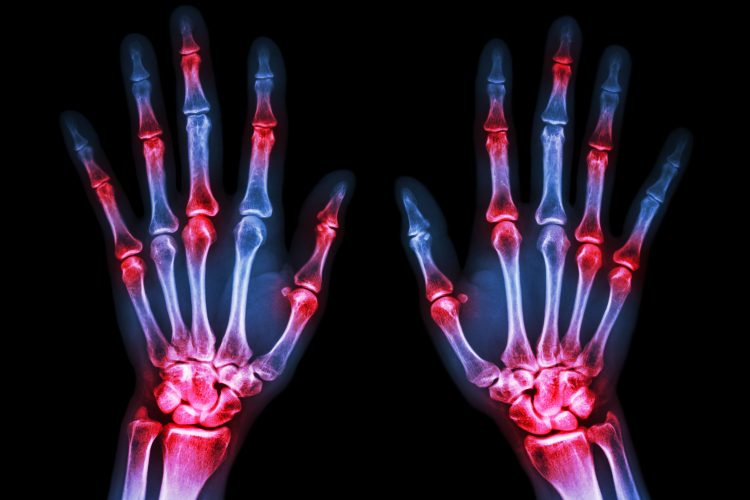 A new study has identified two potential targets for novel rheumatoid arthritis (RA) therapies: a previously undiscovered population of B cells with heightened expression of pro-inflammatory signals and a protein, called CXCR3, which seems to enable the aforementioned B cells to invade joints.

RA is the most common form of inflammatory arthritis, affecting approximately 350 million people worldwide (one or two percent of the total global population). There is currently no cure available for RA, which is characterised by progressive joint inflammation, damage and disability and, contrary to popular belief, RA is not a disease of the elderly; its typical onset is between 35 and 45 years of age and it can also afflict children.

B cells are a part of the adaptive immune system that produces antibodies to fight infections but, for reasons that are not fully understood, in RA they produce autoantibodies (those that target the host’s own tissues) and attack the joints resulting in inflammation.

In a new study, researchers sought to better understand the role of B cells in RA. The collaborative team, led by Dr Achilleas Floudas and Professor Ursula Fearon from the Molecular Rheumatology group in the School of Medicine at Trinity College Dublin, Ireland, discovered a new B cell population that is especially damaging in RA and also learned how these cells accumulate in the joints.

Dr Floudas said: “We discovered a novel population of B cells in the joints of patients with RA. These cells are more inflammatory and invasive than those we knew before. Their damaging effects rely on the production of specific coded messages, in the form of proteins called cytokines and energy pathways within the cells, which essentially maintain their activation. Basically, they ‘switch on’, cause inflammation and are maintained within the environment of the inflamed joint.”

These accumulated cells had heightened expression of the programmed death-1 (PD-1) receptor and pro-inflammatory cytokines such as MMP-9, TNF and IL-6 compared to their non-RA counterparts. The team were able to demonstrate using RNA sequencing and emerging fluorescence lifetime imaging microscopy that these RA B cells had a shift in metabolism towards glycolysis, associated with an increased transcriptional signature of key cytokines and chemokines that are strongly implicated in RA pathogenesis.

The team also found these RA B cells expressed a protein called CXCR3 which Dr Floudas said “seems to be responsible for attracting [B cells] to the joints”. This was confirmed in an experiment where the team were able to restricted B cell invasion of joints with CXCR3 blockade.

He concluded: “As a result, we now have two new potential targets for people living with RA. We are some way away from a therapeutic solution but if we can find a way of targeting these B cells and/or the protein that attracts them to the joints, we can one day hope to develop a therapy that could impact positively on millions of people living with RA.”

The study was published in JCI Insight.