Haematoxylin could be a promising therapy for bone marrow cancers

Study shows that haematoxylin can selectively kill cancers with a mutated form of the calreticulin gene (CALR), common in a group of bone marrow cancers called myeloproliferative neoplasms (MPNs). 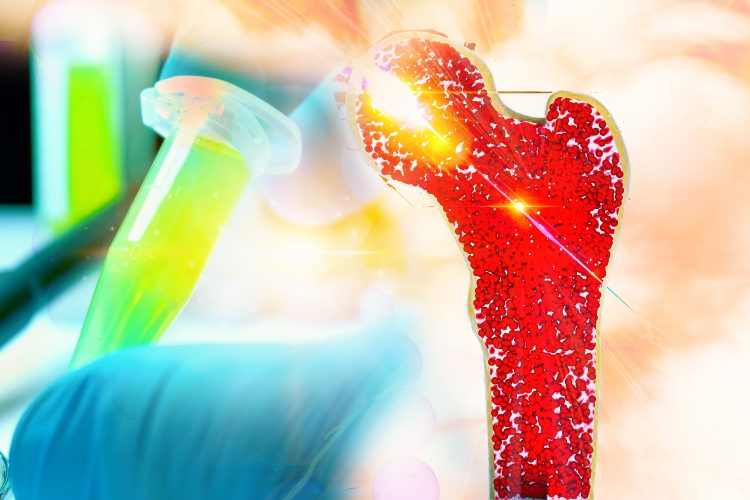 Researchers have identified a novel inhibitor that was able to selectively kill cancerous bone marrow cells in mouse models. The team said their discovery has enormous therapeutic potential for patients with myeloproliferative neoplasm (MPN), a group of malignant diseases of the bone marrow, and gives hope for new treatment options.

Patients with MPN often have a carcinogenic, mutated form of the calreticulin gene (CALR). In a new study, researchers led by Robert Kralovics, Adjunct Principal Investigator at the CeMM Research Center for Molecular Medicine of the Austrian Academy of Sciences and group leader at the Medical University of Vienna, identified that haematoxylin acts as a CALR inhibitor and showed that haematoxylin compounds can selectively kill the CALR mutant cells that are believed to cause MPN.

MPNs are a special type of blood cancer, characterised by increased formation of blood cells, vulnerability to thrombosis and frequent transformation to acute leukaemia. In 2013, Kralovics laboratory discovered that carcinogenic mutations of the gene calreticulin (CALR) were frequently found in affected patients, these are now used clinically as diagnostic and prognostic markers.

Mutated CALR functions as an oncogene, with its carcinogenic effects coming from interactions between the N-glycan binding domain (GBD) of CALR and the thrombopoietin receptor. One of researchers from Kralovics’ group, Ruochen Jia, was looking for a way to stop this interaction and prevent one of the growth advantages of CALR mutated cells. They used in silico docking studies for this purpose: “Basically, these are computer-based simulations of biochemical processes – virtual ‘screenings’ that enable increasingly accurate predictions,” said Jia.

The researchers said that while doing this, it became evident that a group of chemicals called catechols, and most notably haematoxylin, could inhibit the growth of cells with the CALR oncogene and selectively kill them by inducing apoptosis. The team therefore concluded haematoxylin may be a promising therapy for MPNs.

“Our data suggest that small molecules targeting the N-glycan binding domain of CALR can selectively kill CALR-mutated cells by disrupting the interaction between CALR and the thrombopoietin receptor and inhibiting oncogenic signal transmission,” said Jia.

“Our study demonstrates the enormous therapeutic potential of CALR inhibitor therapy,” says Kralovics. “The treatment of patients with primary myelofibrosis (PMF) continues to produce poor clinical outcomes. They have the clearest tendency to develop acute myeloid leukaemia. Since about one third of PMF patients have a CALR mutation, they could particularly benefit from the new therapeutic approach.”

The research was published in Blood.