Researchers say this is the first time that CRISPR-Cas9 gene editing has been used to treat cancer effectively in a living animal and that the technique could be revolutionary. 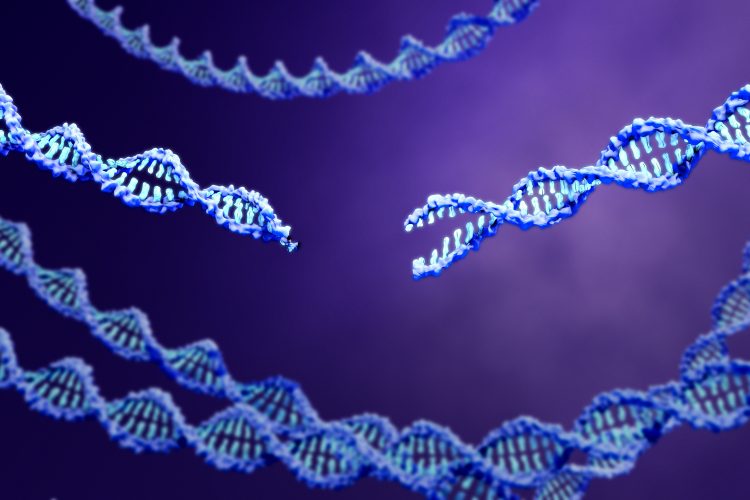 Using the CRISPR-Cas9 gene editing technology and a specially designed lipid nanoparticle-based delivery system, researchers were able to specifically target and destroy glioblastoma and metastatic ovarian cancer cells in murine models. The lead researcher, Professor Dan Peer said they had developed an “innovative treatment” for aggressive cancers that currently have no effective treatments.

The researchers developed a novel lipid nanoparticle-based delivery system that targets cancers and carries a messenger RNA (mRNA) encoding the CRISPR enzyme Cas9. Once inside cells, the Cas9 enzyme is assembled by host cell machinery and acts as molecular scissors, introducing cuts to the cell’s DNA strand that neutralise the cancer and prevent it from replicating. They called the system CRISPR-LNPs.

To examine if their novel therapy could be effective against aggressive cancers, the scientists chose to test CRISPR-LNPs in mouse models of two of the deadliest human cancers – glioblastoma and metastatic ovarian cancer.

Ovarian cancer is a leading cause of death in women and the most lethal cancer of the female reproductive system. The majority of patients are diagnosed at an advanced stage of the disease and as a result only a third of the patients survive this disease. Treatment with CRISPR-LNPs in a metastatic ovarian cancer mice model increased their overall survival rate by 80 percent.

“This is the first study in the world to prove that the CRISPR genome editing system can be used to treat cancer effectively in a living animal,” said Professor Peer, Vice President for R&D and Head of the Laboratory of Precision Nanomedicine at the Shmunis School of Biomedicine and Cancer Research at Tel Aviv University (TAU), Israel. “It must be emphasised that this is not chemotherapy. There are no side effects, and a cancer cell treated in this way will never become active again. The molecular scissors of Cas9 cut the cancer cell’s DNA, thereby neutralising it and permanently preventing replication.”

He added: “Despite its extensive use in research, clinical implementation [of CRISPR genome editing technology] is still in its infancy because an effective delivery system is needed to safely and accurately deliver the CRISPR to its target cells. The delivery system we developed targets the DNA responsible for the cancer cells’ survival. This is an innovative treatment for aggressive cancers that have no effective treatments today.”

The researchers highlighted that their CRISPR delivery system and proof-of-concept study opens numerous new possibilities for treating other types of cancer as well as rare genetic diseases and chronic viral diseases such as AIDS.

“We now intend to go on to experiments with blood cancers that are very interesting genetically, as well as genetic diseases such as Duchenne muscular dystrophy,” said Professor Peer. “It will probably take some time before the new treatment can be used in humans, but we are optimistic… I believe that in the near future, we will see many personalised treatments based on genetic messengers (mRNA) – for both cancer and genetic diseases.”

The research was conducted by Dr Daniel Rosenblum, PhD student Anna Gutkin and colleagues in the laboratory of Professor Peer. The team also collaborated Dr Dinorah Friedmann-Morvinski from the School of Neurobiology, Biochemistry & Biophysics at TAU; Dr Zvi R. Cohen, Director of the Neurosurgical Oncology Unit and Vice-Chair of the Department of Neurosurgery at the Sheba Medical Center; Dr Mark A. Behlke, Chief Scientific Officer at IDT Inc. and his team; and Professor Judy Lieberman of Boston Children’s Hospital and Harvard Medical School.