Scientists have created a drug discovery platform that enables the discovery and optimisation of RNA-targeting compounds. 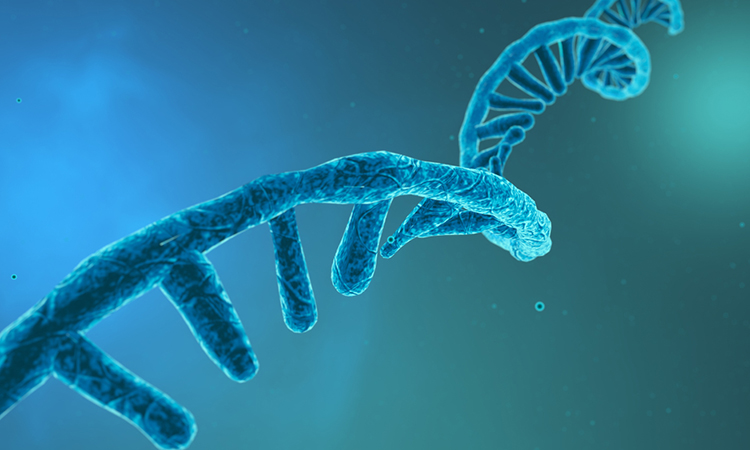 A group of scientists has invented a drug discovery platform that bypasses undruggable proteins and instead modifies elements involved in their construction and regulation. This new tool, called Chem-CLIP-Fragment Mapping, focuses on RNA. The technology was developed by scientists at Scripps Research, US.

According to the researchers, RNAs have not been viewed as drug targets until recently, due to challenges that include a short-lived existence, changeable shape and limited array of building blocks. The new RNA drug discovery tool addresses these and other challenges to enable both the rapid discovery and optimisation of RNA-targeting compounds.

“It allows us to tackle very hard molecular recognition problems to enable us to make lead medicines across multiple indications,” said Dr Matthew Disney, one of the tool’s developers. “This opens great potential to redefine what’s truly ‘undruggable’.”

The system adapts a recent advance in protein-targeting drug discovery which uses weakly binding, drug-like chemical fragments to reveal promising templates. The fragments are ‘functionalised’ or appended with tags and light-sensitive modules, allowing them to be seen and identified. Key to the system’s use with RNA are technologies and databases built in Disney’s lab over a decade.

The Chem-CLIP-Frag-Map system accelerates the drug-discovery effort because it reveals multiple opportunities to bind and hence modify the RNA targets, Disney explained. This helps scientists engineer and optimise potential medicines to bind more tightly, be more specific and less apt to have off-target side-effects, right from the beginning, saving time.

“These two things bind co-operatively and so the whole is better than the parts,” Disney said.

The Chem-CLIP-Frag-Map tool works by using a light-sensitive module called a diazirine group that covalently crosslinks to RNA with exposure to ultraviolet (UV) light.

To test their tool, the team used Chem-CLIP-Frag-Map to find compounds for microRNA-21, a key RNA involved in triple-negative breast cancer.

“The system helped us optimise the fragments to design bioactive complexes with higher selectivity and potency as compared to starting fragments,” said first author Blessy Suresh. “We were able to screen 460 fragment-based probes in just a couple of hours. This screening method can be easily scaled up to a much more high-throughput format.”

“For every protein encoded in human DNA, there are 75 or 80 types of RNA encoded, so this new tool offers great hope for virtually all diseases now deemed ‘undruggable’, including triple-negative breast cancer,” Disney concluded.

Drug screening reveals pralatrexate could be repurposed to treat COVID-19