A team has shown that synthetic molecule LAU-0901 plus aspirin-triggered NPD1 can repair brain damage in an experimental model of stroke. 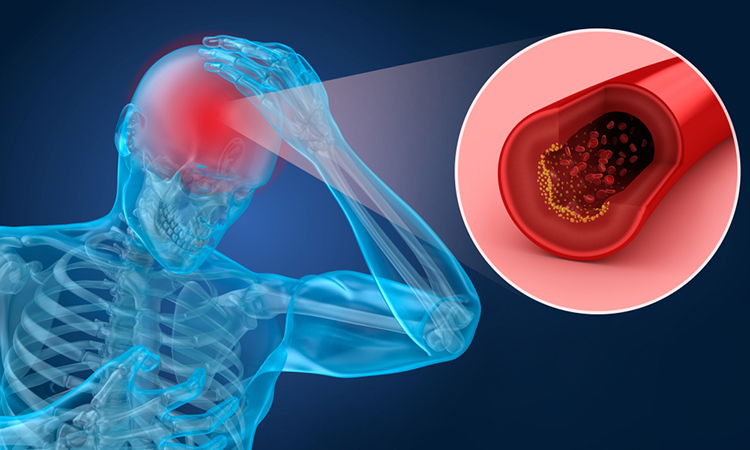 Research has shown that a combination of a patented drug and selected DHA derivatives could be more effective in protecting brain cells and increasing recovery after stroke than a single drug.

According to the researchers, during an ischemic stroke, signals are produced from arriving blood white cells and primary brain immune cells called microglia that cause neuroinflammation leading to a build-up of chemicals that harm the brain. Platelet-activating factor (PAF) accumulates and inhibition of this process plays a critical role in neuronal survival. Earlier studies by the researchers have shown that in addition to its anti-inflammatory properties, DHA, an essential omega-3 fatty acid, stimulates the production of Neuroprotectin D1 (NPD1), a molecule that protects brain cells and promotes their survival. One complicating factor in developing neuroprotective strategies for stroke are the multiple routes and events that occur in the brain during a stroke, which has been approached mainly by monotherapeutic agents that were mostly unsuccessful.

To effectively treat stoke in an experimental model, the team aimed at two different events – blocking pro-inflammatory platelet-activating factor receptors (PAF-R) and activating cell-survival pathways. They found that treatment with LAU-0901, a synthetic molecule discovered in the lab of Professor Nicolas Bazan that blocks pro-inflammatory platelet-activating factor, plus aspirin-triggered NPD1 (AT-NPD1) reduced the size of the damaged area in the brain, initiated repair mechanisms and remarkably improved behavioural recovery.

“The biological activity of LAU-0901 and AT-NPD1 is due to specific activation or modulation of signalling pathways associated with the immune system, inflammation, cell survival and cell-cell interactions,” said Bazan. “These findings provide a major conceptual advance of broad therapeutic relevance for cell survival, brain function and particularly, stroke and neurodegenerative diseases.”

The findings are published in Brain Circulation.