A team has found immune cells in the lungs after infection from the flu, which protected mice against reinfection from a different strain. 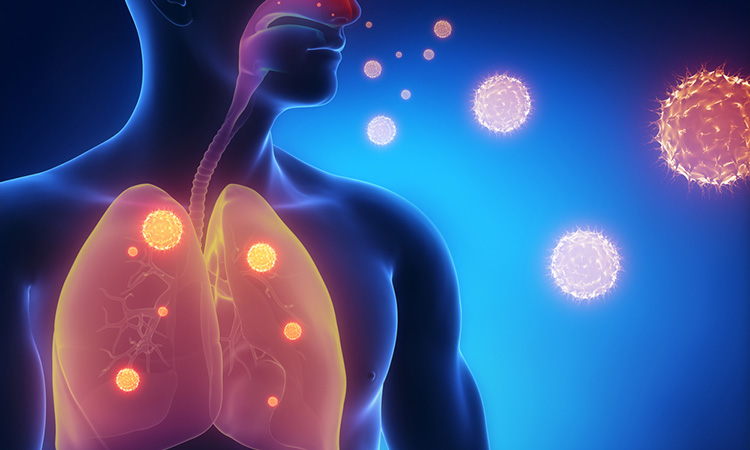 A team has discovered immune cells resident in the lungs that persist long after a bout of flu. Experiments with mice showed that these helper cells improve the immune response to reinfection by a different strain of the flu virus. According to the researchers, this discovery could yield approaches to developing longer-lasting vaccinations against quickly-mutating viruses. The study was conducted at the University of Basel, Switzerland.

Researchers led by Professor Carolyn King identified a diverse group of immune cells in the lungs that are key to the defence against reinfection by flu viruses. The same could be true of reinfection by other pathogens that cause respiratory diseases.

“Relatively little is known about memory T cells that remain in tissue,” explained Nivedya Swarnalekha, co-first author of the study. Previous studies have focused on memory cells in blood and lymphatic tissue. “But it makes sense that the body keeps a reservoir of these cells in the tissues affected by the infection, where the same or similar pathogens could invade again.”

The researchers describe two types of T helper cells in the lungs. One type releases signalling substances in case of reinfection to equip other immune cells with deadlier “weapons” in the fight against the pathogen. The other type, previously characterised primarily in lymphatic tissue and thought to be absent in lung tissue, assists antibody-producing immune cells – B cells – and localises closely with them in the lung.

In experiments with mice, the researchers characterised a group of memory T cells in lung tissue that remain for a long time after a bout of flu. The researchers were able to show that the presence of these cells in the direct proximity of the antibody-producing B cells led to a more efficient immune response against a different flu virus.

“These T helper cells could be an interesting starting point for longer-lasting flu vaccinations,” said David Schreiner, the other co-first author of the study, who added that it might be possible, for example, to supplement vaccines with agents that promote the formation of these T helper cells which migrate into the tissue.

The team’s findings are published in Science Immunology.