An antisense oligonucleotide has been developed by researchers to inhibit IRF4 as a potential strategy to treat multiple myeloma. 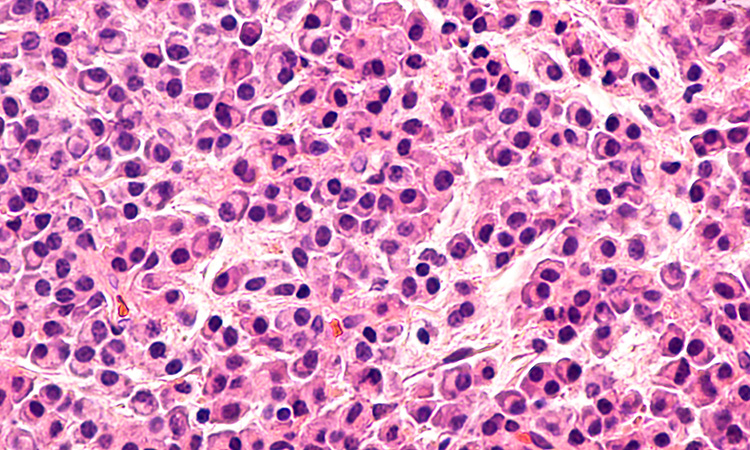 Researchers have developed a potential new strategy to treat multiple myeloma, by silencing IRF4, a gene that allows myeloma stem cells and tumour cells to proliferate and survive. According to the team, past studies have shown that high IRF4 levels are associated with lower overall survival rates for patients with the disease. The study was conducted at the University of California San Diego School of Medicine, US, and Ionis Pharmaceuticals.

The team inhibited IRF4 with an antisense oligonucleotide, an engineered piece of DNA specifically designed to bind the genetic material coding for IRF4, causing it to degrade. The oligonucleotide is an investigational antisense medicine known as ION251.

To study the disease and test new treatments, the researchers transplanted human myeloma cells into mice that lack an immune system and thus will not reject the human cells – making avatars of each unique patient.

The team tested ION251 on these myeloma mouse avatars. Compared to untreated mice, the treated mice had significantly fewer myeloma cells after two to six weeks of treatment. They found that 70 to 100 percent of the treated mice survived, whereas none of the untreated control mice did. There were 10 mice in each treatment or control group and they received daily doses of ION251 or a control for one week, followed by three doses per week.

“The results of these pre-clinical studies were so striking that half the microscopy images we took to compare bone marrow samples between treated and untreated mice kept coming back blank – in the treated mice, we could not find any myeloma cells left for us to study,” said co-senior author Assistant Professor Leslie Crews.

In addition to working on its own, the team found the treatment improved myeloma tumour cell sensitivity to standard-of-care cancer therapeutics.

The results of the study were published in Cell Stem Cell.