A peptide administered to ferrets protected them from SARS-CoV-2 viral transmission when housed with infected ferrets. 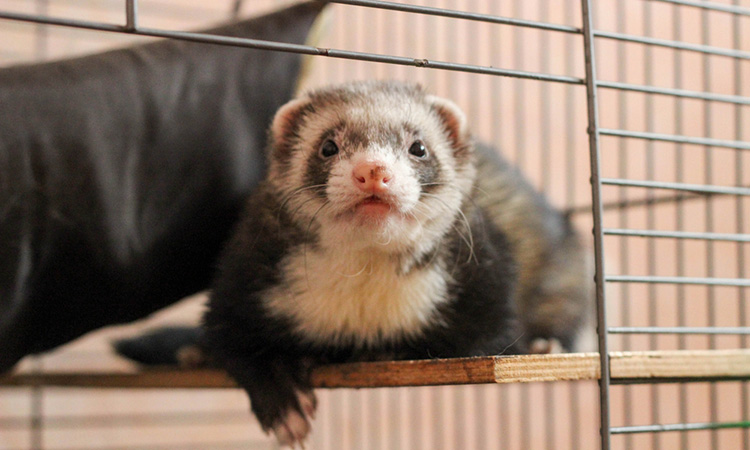 An engineered peptide given to ferrets two days before they were co-housed with SARS-CoV-2-infected animals prevented virus transmission to the treated ferrets, a new study has shown. The international research team came from a variety of institutions including Columbia University Irving Medical Center, US.

The peptides the researchers used are highly stable and thus have the potential to translate into effective intranasal prophylaxis to reduce infection and severe SARS-CoV-2 disease in humans, the study’s authors say.

According to the team, the SARS-CoV-2 Spike (S) protein binds to host cells to initiate infection. This stage in the virus life history is a target for drug inhibition. Researchers with past success designing lipopeptide fusion inhibitors that block this critical first step of infection for SARS-CoV-2 and other viruses have sought to design a SARS-CoV-2-specific inhibitor that is highly potent.

Testing various designs in cell culture, the team identified one particularly effective lipopeptide against SARS-CoV-2, which also inhibited binding by emerging SARS-CoV-2 variants, including B.1.1.7 and B.1.351. In further studies of this candidate in the lungs of humanised mice, the lipopeptide persisted in the respiratory tract, a sign that it can protect against virus replication.

To test the ability of their leading inhibitor candidate to block viral transmission, the researchers turned to ferrets. Some ferrets in the study were dosed with the peptide before being co-housed with SARS-CoV-2-infected ferrets for 24 hours – other ferrets were not. After this 24-hour period, SARS-CoV-2 was not detected in the throats or noses of any treated ferrets, while infectious virus was detected in all untreated ferrets. In further experiments with ferrets, the researchers showed that administration of the peptide intranasally just two hours before exposure delayed infection.

The team say that their intranasal peptide offers “successful prophylaxis that prevents SARS-CoV-2 transmission in a relevant animal model,” and “should readily translate into a safe and effective nasal spray or inhalation administered fusion inhibitor for SARS-CoV-2 prophylaxis.”