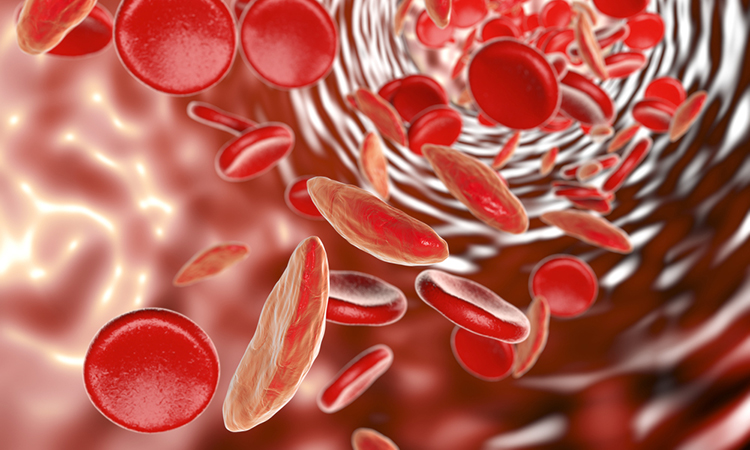 According to the researchers, organ-on-a-chip technology is ideal for testing new drug treatments, as drugs cannot be tested on humans and animal models have not shown to be a good representation of how a patient and disease would interact with a treatment. For sickle cell disease patients, the organ-on-a-chip would also be beneficial because patients can present with mild to severe cases.

“We strategically wanted to pick up those disease systems which fall under the radar in orphan disease category,” said lead researcher Assistant Professor Abhishek Jain.

The new study builds off previous research, where scientists demonstrated that endothelial cells could be used to model the disease physiology of a patient without having to stimulate the model to perform differently than a healthy vessel.

“Traditionally these cells were not used for disease modelling, so in that way our approach is very novel,” said Tanmay Mathur, a fourth-year doctoral student and one of the researchers. “We are one of first to harness these cells and employed them in disease modelling research.”

Mathur and Jain demonstrated that these models can be used to differentiate between patients. The first step was to build a blood vessel that mimics a patient’s vessel. The team used two components – patient blood and endothelial cells. Collecting the blood involved a simple blood draw. However, they also had to collect the endothelial cells.

“What we learned is within blood samples are some endothelial cells also circulating,” Jain said. “We call them blood outgrowth endothelial cells that we can harness very easily. That is what is new about this work. You can get those cells, grow them so that there is enough in number and then you can make blood vessels.”

The next step was to see if these models would show how the disease has various biological impacts in different patients.

“We were able to differentiate a very severe sickle cell patient in terms of their phenotype from very mild patients,” Mathur said. “Moving forward, we can take a larger population of any sickle cell disease patients and assess them using our organ-chip technology and then categorise them into different groups based on symptoms.”

Their findings indicate that these organs-on-a-chip could lead to patient-centric, personalised treatment, improving how clinicians approach this and other cardiovascular diseases.

“When you take it to the field, now it can become a predictive device,” Jain said. “Now you do not have to know whether the patient is mild or severe, you can test for that. You can predict if patient is serious and can dictate their therapeutic needs.”

The next step is to continue to expand the patient cohort to collect more results. A long-term goal is to use the patient information collected to develop a database to better predict disease progression.

The work was published in Bioengineering & Translational Medicine.