An international collaboration has led to the development of monkey embryos able to grow with injected human stem cells. 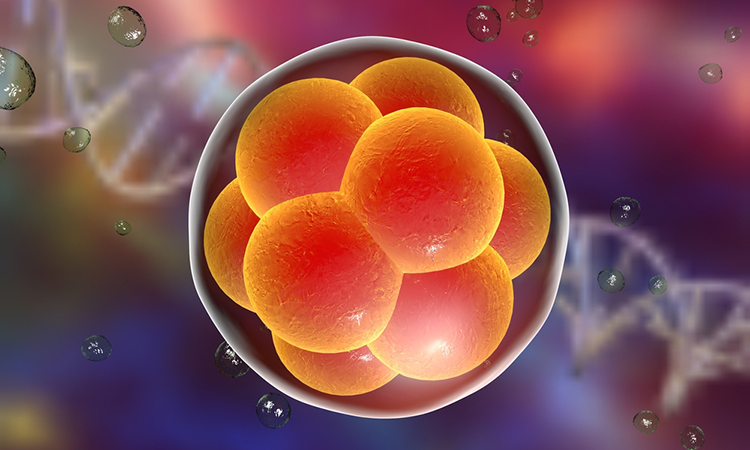 Investigators report that they have injected human stem cells into primate embryos and grown chimeric embryos for a significant period of time – up to 20 days. According to the scientists, the research, despite its ethical concerns, has the potential to provide new insights into developmental biology and evolution. It also has implications for developing new models of human biology and disease.

The study was conducted by a team from the Salk Institute, US, and the Kunming University of Science and Technology, China.

“As we are unable to conduct certain types of experiments in humans, it is essential that we have better models to more accurately study and understand human biology and disease,” said senior author Professor Juan Carlos Izpisua Belmonte, at the Salk Institute. “An important goal of experimental biology is the development of model systems that allow for the study of human diseases under in vivo conditions.”

Last year, the team in China generated technology that allowed monkey embryos to stay alive and grow outside the body for an extended period of time.

In the current study, six days after the monkey embryos had been created, each one was injected with 25 human cells. The cells were from an induced pluripotent stem cell line known as extended pluripotent stem cells, which have the potential to contribute to both embryonic and extra-embryonic tissues. After one day, human cells were detected in 132 embryos. After 10 days, 103 of the chimeric embryos were still developing. Survival soon began declining and by day 19, only three chimeras were still alive. Importantly, though, the percentage of human cells in the embryos remained high throughout the time they continued to grow. 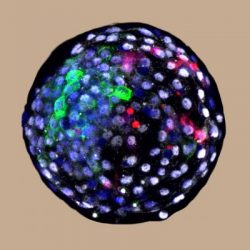 “Historically, the generation of human-animal chimeras has suffered from low efficiency and integration of human cells into the host species,” Belmonte said. “Generation of a chimera between human and non-human primate, a species more closely related to humans along the evolutionary timeline than all previously used species, will allow us to gain better insight into whether there are evolutionarily imposed barriers to chimera generation and if there are any means by which we can overcome them.”

The investigators performed transcriptome analysis on both the human and monkey cells from the embryos.

“From these analyses, several communication pathways that were either novel or strengthened in the chimeric cells were identified,” Belmonte explained. “Understanding which pathways are involved in chimeric cell communication will allow us to possibly enhance this communication and increase the efficiency of chimerism in a host species that is more evolutionarily distant to humans.”

The researchers say that an important next step for this study is to evaluate in more detail all the molecular pathways that are involved in this interspecies communication, with the immediate goal of finding which pathways are vital to the developmental process. Longer term, the researchers hope to use the chimeras not only to study early human development and to model disease, but to develop new approaches for drug screening, as well as potentially generating transplantable cells, tissues or organs.