By increasing the frame rate of atomic force microscopy to 30 frames per second, scientists found the technique was faster and less invasive. 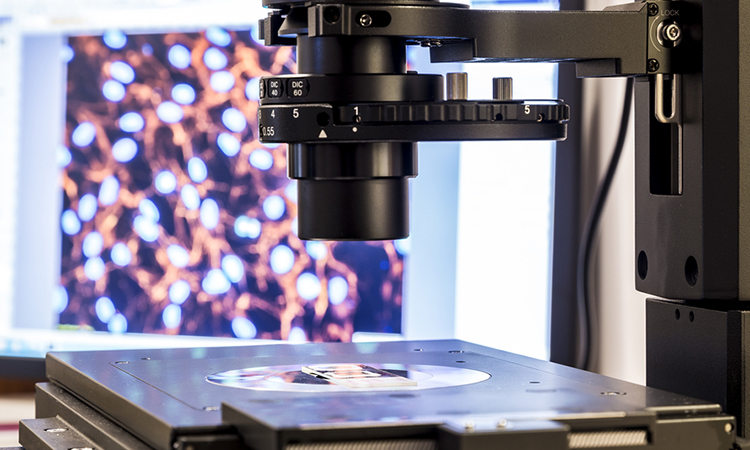 Researchers have developed an alternative high-speed atomic force microscopy (HS-AFM) approach to increase the frame rate of the method to up to 30 frames per second. The technology was developed by Shingo Fukuda and Toshio Ando from Nano Life Science Institute (WPI-NanoLSI), Kanazawa University, Japan.

According to the scientists, HS-AFM is an imaging technique that can be used for visualising biological processes, for example the activity of proteins. Currently, typical HS-AFM frame rates are as high as 12 frames per second. In order to improve the capabilities of the method, so that it can be applied to an ever expanding range of biological samples, better video rates are required. Moreover, faster recording times imply less interaction between the sample and the probe – a tip scanning the sample’s surface – making the imaging procedure less invasive.

An atomic force microscopy image is generated by laterally moving a tip around just above a sample’s surface. During this xy-scanning motion, the tip’s position in the direction perpendicular to the xy-plane (the z-co-ordinate) will follow the sample’s height profile. The variation of the z-co-ordinate of the tip then produces a height map – the image of the sample.

The team worked on HS-AFM in the so-called amplitude-modulation mode. The tip is then made to oscillate with a set amplitude. While scanning a surface, the oscillation amplitude will change because of height variations in the sample’s structure. To get back to the original amplitude, a correction to the tip-sample distance needs to be made. How large the correction needs to be is related to the sample’s surface topology and is dictated by the so-called feedback control error of the setup. The scientists noted that the feedback control error is different when the tip moves in opposite directions, called tracing and retracing. This difference is ultimately due to the different physical forces at play when the tip is ‘pulled’ (tracing) and when it is ‘pushed’ (retracing).

Based on their insights into the physics of the tracing and retracing processes, the researchers developed a microscopy imaging regime that bypasses retracing. This then needs to be properly accounted for in the controlling algorithm. The researchers tested their only-trace-imaging mode on actin filament samples. The imaging was not only faster, but also less invasive – the filaments broke much less frequently. They also recorded polymerisation processes (through protein-protein interactions); again, the method was found to be faster and less disturbing compared to the standard AFM tracing-retracing operation.

(a) During retrace scanning, a DC offset signal (Aos < 0) is added to the amplitude signal (A). The feedback control operates as if the probe were in strong contact with the sample and thus the sample stage is moved away from the tip. (b) Driving signal for X-scanner in the OTI mode (top), DC offset signal added to true amplitude signal (middle) and Z-scanner displacement (bottom) [credit: Kanazawa University].

The scientists are confident that their simple method will soon be installed in existing and upcoming HS-AFM systems and will improve a wide range of atomic force microscopy imaging studies.

The study was published in Review of Scientific Instruments.