Drug molecules from pine and spruce trees can affect certain ion channels and had antiseizure effects in pre-clinical studies. 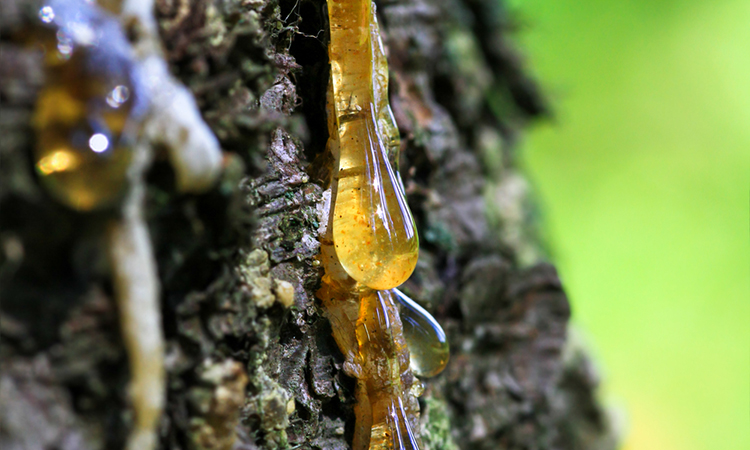 New molecules, developed by researchers at Linköping University, Sweden, have shown promise as possible drugs against epilepsy. A pre-clinical study revealed that several of the molecules have antiseizure effects.

According to the researchers, in people with epilepsy, the nerve cells in the brain become overactive, causing epileptic seizures. Nerve impulses are electrical signals that travel along nerves lightning-fast. Epilepsy and several other conditions arise when the nerves transmit signals far too readily, at times when they should be electrically quiet. The nerve impulses are created when small channels, known as ion channels, located in the membranes of the nerve cells allow electrically charged ions to pass through. When a sufficient number of ions have entered a cell, an electrical impulse arises, which is transmitted along a long nerve fibre and subsequently stimulates other nerve cells. The ion channels thus play a key role in epilepsy. Many of the drugs currently used to prevent epileptic seizures act by affecting ion channels.

Previous work by the research group has shown that resin acids, found in the resin from pine and spruce trees, can affect certain types of ion channel. The scientists used these natural resin acids as a starting point to develop new, similar molecules.

In the new study, the team examined an ion channel that affects how readily a nerve impulse is stimulated. This channel, the potassium ion channel denoted by hKV7.2/7.3, plays an important role in epilepsy. If it is closed, an epileptic seizure can occur, while the seizure can be stopped if the channel opens. One drug, retigabine, can open hKV7.2/7.3 and this was useful in treating severe epilepsy. Retigabine, however, affects other ion channels, in particular channels in the smooth muscle found in, for example, the bladder and blood vessels. This gave undesired effects, such as abnormally low blood pressure and difficulties in urinating. Retigabine was withdrawn a couple of years ago.

The researchers have shown in the study that several of the new resin acid molecules can open hKV7.2/7.3. They also investigated whether the molecules affect a closely related ion channel, hKV7.4, which is opened by retigabine and contributes to its undesired effects. Experiments in tissue from rats demonstrated that the new molecules have less effect on smooth muscle and it is thus less probable that they give undesired effects on blood vessels and the bladder. The new resin acids influence ion channels using a different mechanism than that used by retigabine. The researchers believe that the difference in the mechanism of action is significant for the effects in different tissues.

“I believe that the mechanism for how our molecules act on ion channels can be extremely important. We hope that through future collaborations we can take our molecules along the complete pathway to a drug in clinical use,” said Nina Ottosson, principal research engineer in the Department of Biomedical and Clinical Sciences, Linköping University.

Another important question is whether the new molecules can prevent seizures in a whole organism. The researchers investigated the effect of the molecules in zebrafish larvae in which epileptic seizures were provoked using a special substance.

“Several of the molecules had an antiseizure effect in these experiments when used at the same concentration as retigabine,” said Ottosson.

The scientists are now continuing to work towards a detailed understanding of how the resin acid molecules affect ion channels and how they can be improved such that they can be used as drugs.

The findings are published in Epilepsia.