Researchers have published a step-by-step protocol on how to produce millions of mature human cells in a chimeric mouse embryo. 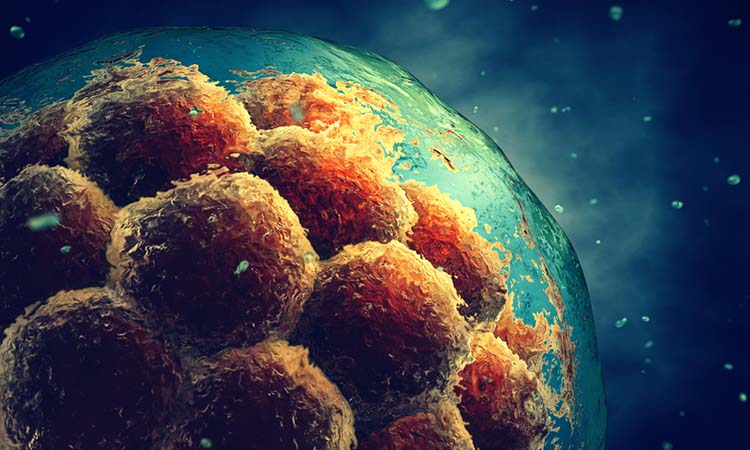 A year after University at Buffalo, US, scientists demonstrated it was possible to produce millions of mature human cells in a mouse embryo, they have published a detailed description of the method so that other laboratories can reproduce the study.

According to the researchers, the ability to produce millions of mature human cells in a living organism, called a chimera, is critical if the ultimate promise of stem cells to treat or cure human disease is to be realised. However to produce those mature cells, human primed stem cells must be converted back into an earlier, less developed state so that the human stem cells can co-develop with the inner cell mass in a mouse blastocyst. The protocol outlining how to do that has now been published.

“This paper will enable many scientists to use this new platform to study the human disease of their interest,” said Professor Jian Feng, senior author of the study. “Over time, it will transform biomedical research towards a more effective use of the human model system to directly study virtually any inborn condition of an individual. It will stimulate unforeseen discoveries and applications that may fundamentally change our understanding of human biology and medicine.”

The paper demonstrates how to generate naïve human pluripotent stem cells from existing induced pluripotent stem cells that may be derived from patients with various diseases, how to generate mouse-human chimeras using these cells and how to quantify the amount of human cells in the chimeras. These stem cells can then be manipulated either genetically or pharmacologically, providing valuable information about human development and disease.

“For example, one can label naïve human pluripotent stem cells by inserting green fluorescent protein in a haemoglobin gene to study the development of human red blood cells in mouse-human chimeras,” said Feng.

The protocol will allow scientists to create animal models that could provide a much more realistic picture of embryonic development than has ever been possible. These more realistic animal models also will have the potential to reveal the mechanisms behind numerous diseases, especially those that afflict individuals from birth.

“This step-by-step protocol will benefit the entire field by enabling other scientists to use our methods to generate chimeras to study human diseases that they are experts in,” said Feng. “It will lead to the generation of better mouse models for various human diseases, such as sickle cell anaemia, COVID-19 and many others or various human developmental disorders.” 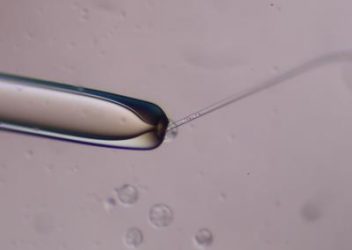 Human stem cells in a glass needle are being injected into a mouse embryo held by the pipette on the left [credit: Aimee Stablewski and Dawn Barnas at the Gene Targeting and Transgenic Resource, Roswell Park Comprehensive Cancer Center].

By allowing others to improve and adapt the method to eventually generate chimeras in larger animals, this protocol may also lead to the generation of human organs to address the dire shortage of organs available for transplant, the team say.

“If naïve human pluripotent stem cells are able to generate significant amounts of mature human cells in other larger species, it could be possible to make human tissues or even human organs in chimeric animals,” Feng explained.

This would be possible using blastocyst complementation where normal pluripotent stem cells from one species can reconstitute an organ for that species in a blastocyst of another species that been genetically modified not to grow that particular organ.

“Ultimately, a better understanding of how human cells develop and grow in chimeras may enable the generation of human cells, tissues and organs in a completely artificial system and fundamentally change how we treat many human diseases. Research using chimeras is a bridge that must be crossed to reach that possibility,” Feng added.

The study was published in Nature Protocols.